Ayodhya update: Delhi Police to beef up security ahead of SC verdict

According to an advisory released by the Delhi Police, sufficient forces are being mobilised and the department will also requisition extra Central Armed Police Forces companies from the Ministry of Home Affairs 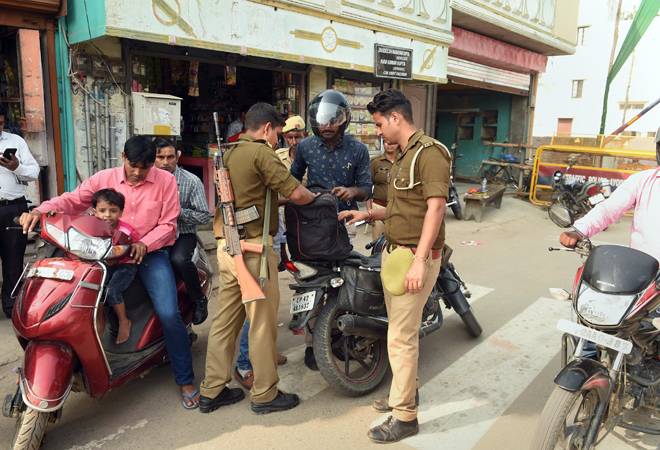 Ahead of the Supreme Court's verdict in the Ayodhya land dispute case, Delhi Police has beefed up security across the national capital and asked its top officials to identify sensitive areas in the city for deployment of additional force, officials said.

The Supreme Court is scheduled to pronounce its verdict in the politically sensitive case of Ram Janmbhoomi-Babri Masjid land dispute in Ayodhya on Saturday. The apex court is likely to pronounce the judgement at 10:30 am.

The police is planning elaborate security arrangements and all precautionary measures will be taken, the officials said. The deputy commissioners of police of all districts, along with the station house officers, have been directed to raise police visibility and patrolling in communally sensitive areas.

A five-judge Constitution bench, headed by Chief Justice Ranjan Gogoi, had reserved the judgement on October 16 after marathon hearing of 40 days.

According to an advisory released by the police, sufficient forces are being mobilised and the department will also requisition extra Central Armed Police Forces companies from the Ministry of Home Affairs. Necessary arrangements will be made to ensure safety and security of religious places, the advisory said. Social media platforms will also be monitored, the police said. It advised users to post with discretion and restrain from spreading any unverified content.

Delhi Police will also initiate strict legal action against those found indulging in any activity which may adversely affect the peace and tranquillity of the society, a senior police officer said.