Baba ka Dhaba news: The new Baba ka Dhaba restaurant also has a CCTV camera to keep an eye on customers and employees and various types of paintings have been put up to attract customers 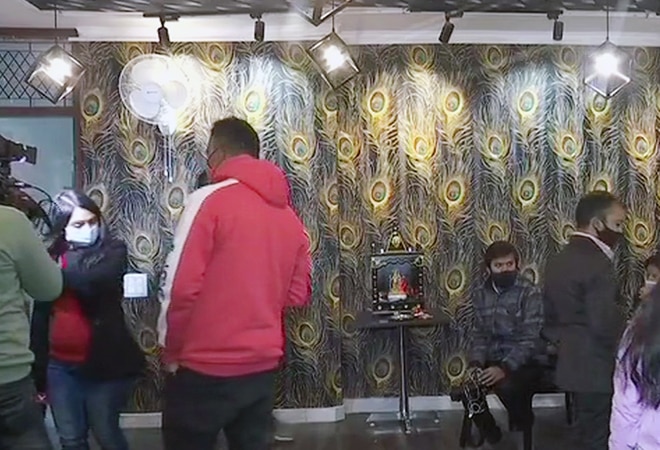 His new restaurant also has a CCTV camera to keep an eye on customers and employees and various types of paintings have been put up to attract customers. Baba ka Dhaba's Kanta Prasad was quoted by ANI as saying, "We're very happy, god has blessed us. I want to thank people for their help, I appeal to them to visit my restaurant. We will serve Indian and Chinese cuisine here."

This development did not go unnoticed on Twitter. From "Paisa ho to kya kuch nai ho sakta" to "Baba Rocks", here's how Twitter reacted

Business strategy at its peak

#BabaKaDhaba
First becomes viral ,earn money , then to come again in controversy, give interview against who made you viral............

Is Baba ka Dhaba IPO going to be a thing?

The way #BabaKaDhaba is growing nd being promoted ; I think soon he will launch IPO's into @NSEIndia & @BSEIndia .

Malviya Nagar's Baba ka Dhaba became the big trend across social media when food vlogger Gaurav Wasan uploaded an emotional video of the octogenarian and appealed to people to come and eat the food. After the video became viral, Baba not only got serpentine lines of customers but also received lakhs of rupees both online and offline. This also led to a conflict between Baba and Wasan over alleged misappropriation of money.