'We know how to deal with ceasefire violations. Our troops know how to position themselves and take action,' said General Rawat. 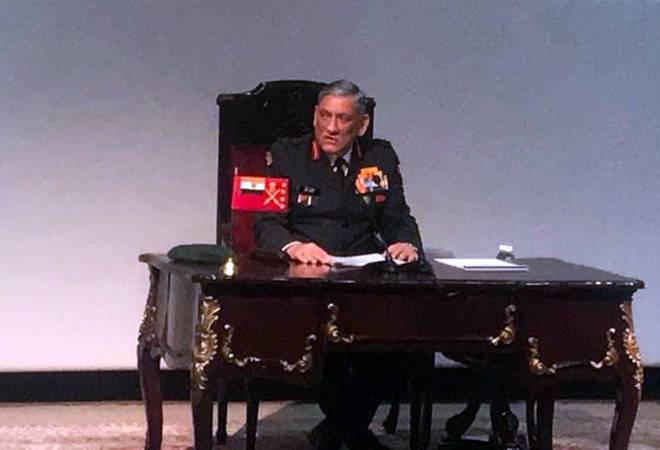 Army Chief General Bipin Rawat has said that the Balakot terror camps in Pakistan have been reactivated. He also said that around 500 infiltrators are waiting to enter India. The Jaish-e-Mohammed terror camps in Balakot were wiped out by the Indian Air Force on February 26.

"Balakot has been reactivated. Balakot was affected, damaged and destroyed. Action had been taken by the Indian Air Force and now they are reactivated," said Rawat to the media at Officers Training Academy in Chennai.

"Pakistan violates ceasefire to push terrorists into our territory. We know how to deal with ceasefire violations. Our troops know how to position themselves and take action. We are alert and will ensure that maximum infiltration bids are foiled," he stated. The General also said that more troops are being deployed.

When asked if the army is planning another attack, General Rawat asked why would the defence forces repeat the same action.  "Why not go beyond that? Let them keep guessing," he said.

Moreover, he stated that there's no clampdown in Kashmir and that phone lines are working. "Shops are open from behind and people are buying things. The front is closed because the terrorists are forcing them," he said, further stating, "Brick kilns near Srinagar are functioning, more than 100 truckloads of apples are coming out. Phone lines are working."

The Balakot strikes happened after the deadly Pulwama attack on February 14 after a vehicle-borne suicide bomber collided with a convoy of Central Reserve Police Force personnel leading to the death of 40 jawans.

'Learning the art of the deal from you': PM Modi refers to Donald Trump's book in Howdy, Modi! speech

Oil prices will ease if global tensions do not flare up: Dharmendra Pradhan