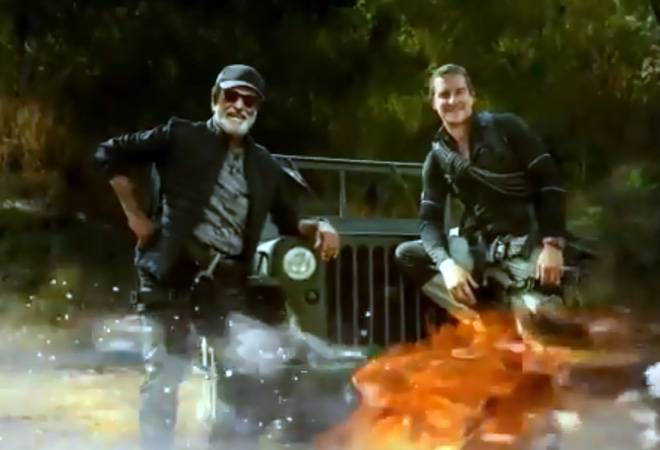 Bear Grylls is back to venture into the wilderness of India after his adventure with Prime Minister Narendra Modi in August last year. This time Grylls will be visiting Bandipur Tiger Reserve in Karnataka with superstar Rajinikanth for a special episode of his show Man vs Wild. Bear Grylls called his experience of working with Rajinikanth 'special' in a Twitter post.

"Preparing for Rajinikanth's blockbuster TV debut with an Into The Wild with Bear Grylls motion poster! I have worked with many stars around the world but this one for me was special. Love India. #ThalaivaOnDiscovery," said Grylls.

Preparing for @Rajinikanth's blockbuster TV debut with an Into The Wild with Bear Grylls motion poster! I have worked with many stars around the world but this one for me was special. Love India. #ThalaivaOnDiscoverypic.twitter.com/kFnkiw71S6

The survival instructor took to the micro-blogging site to praise the superstar. "Rajinikanth has always been a star with swagger! But in the wild everything is different... It was so fun to spend time with the legend and get to know and see him in a totally new way...," he said.

Grylls shared a 15-second motion poster where Grylls and Rajinikanth can be seen resting on the bonnet of a vehicle in a forest. One can see flames and debris flying around the duo.

Discovery Channel that airs Into The Wild received permission from the Karnataka forest department to shoot in the tiger reserve. Bandipur Tiger Reserve is a 874-sq-km national park that is home to 28 species of mammals including the Royal Bengal tiger, Asian elephant, leopards, Indian pipistrelle, and barking deer and more.

Bear Grylls had visited the Jim Corbett National Park in Uttarakhand earlier last year with PM Modi for an episode of Man vs Wild that was aired in August. Other celebrities to have featured in Grylls' shows are former US President Barack Obama, Kate Winslet, Julia Roberts and Roger Federer.

This is the worst advice Satya Nadella has ever received