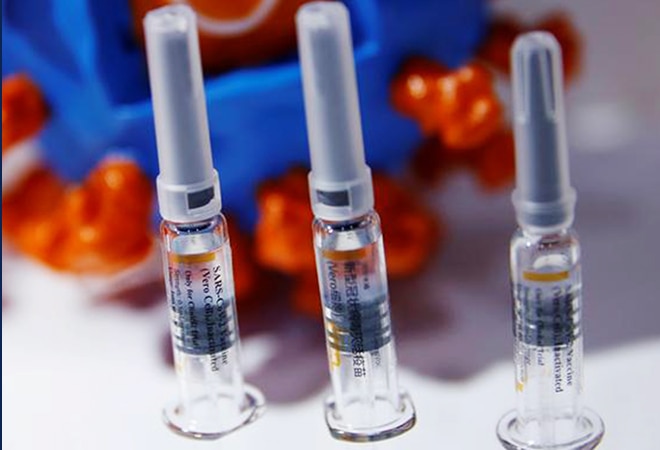 The Chinese embassy in India has said that it will smoothen the visa process for Indians who will take the 'Made in China' coronavirus vaccine. However, it must be mentioned here that there's a catch to this -- the Centre has not granted permission to any China-made COVID-19 vaccine in the country so far.

In an official notification, the Chinese embassy in India notified, "Persons and their family members going to China to carry on their employment contracts, work resumption and other relevant activities are allowed to submit their visa applications through Chinese Visa Application Service Center (VFC) to Chinese Embassy or Consulates in India following the same way as before the epidemic occurred".

The embassy also said that foreigners who are the family members of Chinese citizens or holders of Chinese Permanent Resident's Permit will also be allowed to submit their visa applications through the Chinese Visa Application Service Center (VFS) to the Chinese Embassy or Consulates in India following the same way as before the epidemic occurred.

Foreign passengers can fill in the information, declare the health status and upload the negative certificate of nucleic acid test and IgM antibody test, passport page, as well as valid Chinese visa in order to fly to China from India, the Chinese embassy said in a statement.

It must be noted that last year in November, China barred the entry of foreign nationals living in India into the country in the wake of rising coronavirus cases.

So far, China has approved four vaccines against COVID-19 for general use. This includes Sinovac, Sinopharm, CanSino Biologics and a newly approved vaccine developed jointly by Anhui Zhifei Longcom Biopharmaceutical Ltd and the Chinese Academy of Sciences.

Several countries have signed a deal with Sinovac, including Singapore, Malaysia, the Philippines, and Turkey. Whereas, the UAE and Bahrain have approved Sinopharm vaccine. According to the Chinese government, the country has "provided vaccine assistance to 69 countries and two international organisations, and exported vaccines to 28 countries".

China has been slow in vaccinating its population of 1.4 billion people, despite having four vaccines approved for general use. The latest numbers, according to government officials at a press briefing Monday in Beijing, is that it has administered 64.98 million doses of vaccines. Now, China is shifting gears, aiming to inoculate 40 per cent of its 1.4 billion people by the end of June.