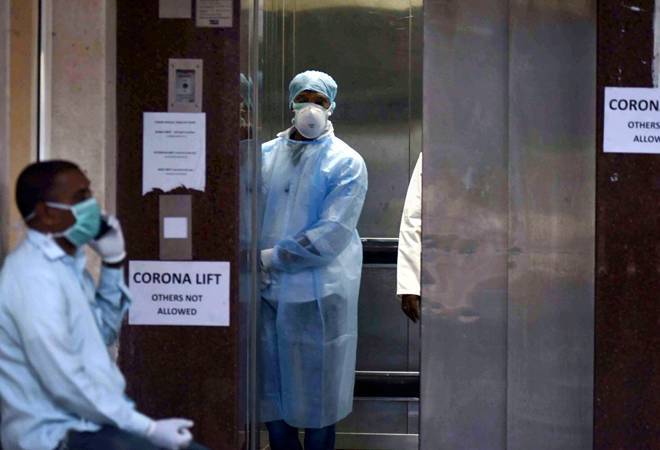 They were infected by their son and his family who had returned from Italy during the last week of February.

In Kerala, 93-year-old Thomas and 88-year-old Mariyamma have successfully recovered from coronavirus and tested negative for the same on Monday. The couple hails from Pathanamthitta and were among the high-risk category of coronavirus infected patients in Kerala.

They were infected by their son and his family who had returned from Italy during the last week of February.

Apart from the regular age-related illnesses, they had diabetes and hypertension. For several days, Thomas had to be put on the ventilator as his condition deteriorated. Both of them were in the intensive care unit of Kottayam Medical College before being tested negative.

According to the Indian Express, the first week of treatment was extremely tough. Thomas started experiencing chest pains soon after the treatment began, he even had a heart attack later. Initially, both of them were being kept in separate rooms but the doctors realised

that the couple was uncomfortable this way so medical staff moved the couple into a transplant ICU where the couple could see each other, reported the daily.

Kerala Health Minister KK Shailja in a press release has congratulated the entire staff of the Kottayam Medical College for providing the best treatment to the elderly couple and helping them recover.  According to Shailja, seven doctors and 25 nursing staff members were part of the team that had treated the elderly couple.

According to the daily, during their treatment, the couple insisted on going back to their home and weren't cooperating with the medical staff. One nurse who took care of the couple later tested positive for coronavirus. Shailaja has spoken to the nurse and assured all support from the government.

The couple will be in strict quarantine for two weeks. After the two weeks quarantine, they will be brought back to the hospital for another coronavirus test just to be 200 per cent sure, said Dr Ashis Mohan and Dr Sharat, who had treated the patients.

Social distancing helps save lives in the times of coronavirus, says study by Indian-American CEO