In May 1974 during the strike of the railways that lasted for around three weeks, India experienced life without trains for the first time 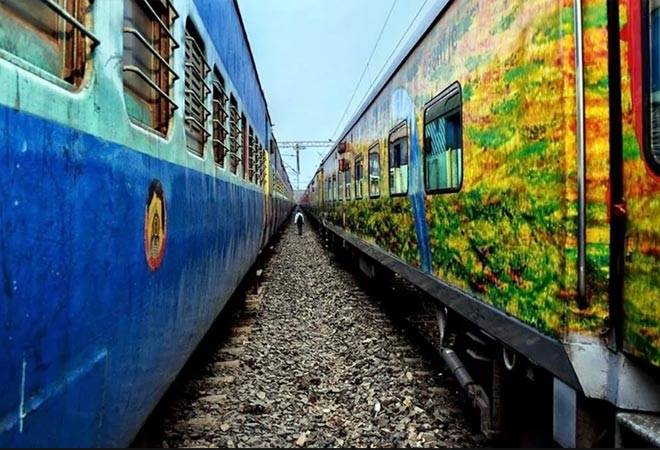 The Indian Railways turned 167 years old on Thursday and for the first time ever, its trains did not carry any passengers on its birthday and instead stood idle in the yards waiting for the nationwide lockdown to end.

On this day 167 years ago, the wheels of the first passenger train in the country from Mumbai to Thane started rolling.

In 1974, Indians experienced life without trains for the first time. In May 1974 during the strike of the railways that lasted for around three weeks, drivers, station masters, guards, track staff and many others went on 'chakka jam' demanding fixed working hours for train drivers and an across-the-board pay hike.

"I can recall those times vividly. I remember that our leader George Fernandez had almost secured a deal with the then railway minister, but it fell through when it was taken to the then Prime Minister Indira Gandhi," All India Railwaymens Federation General Secretary Shiv Gopal Mishra, who was an apprentice in the railways at that time, told.

"Fernandez was arrested in Lucknow. The workers went through a lot at that time. But those were days that angry workers had refused to give in and took great risks to get their demands met," he said.

However, just like this time, four decades ago too freight trains carrying essential supplies were run and the unions agreed to let some passenger trains run on the trunk routes like the Kalka Mail from Howrah to Delhi.

"Never ever in its history, there has been such a long interruption of services. Not during the World Wars, not during the 1974 railway strike, or any other national calamity or natural disaster," a railway spokesperson said.

The first Indian Railways passenger train was flagged off on April 16, 1853, from Mumbai to nearby Thane.

On Thursday, the Railway Ministry wished the railways a happy birthday on Twitter - "Today, 167 years ago with the zeal of 'never to stop' the wheels of the first passenger train from Mumbai to Thane started rolling. For the first time, passenger services are stopped for your safety. Stay indoors & make the nation victorious," it said.

Railway has suspended all passenger services since March 25 till May 3 due to the coronavirus outbreak. Around 15,523 trains run by the railways have been affected including 9,000 passenger trains and 3,000 mail express services which are run daily. It caters to over 20 million passengers every day.

According to the Union health ministry, the death toll due to coronavirus rose to 414 and the number of cases to 12,380 in the country on Thursday.