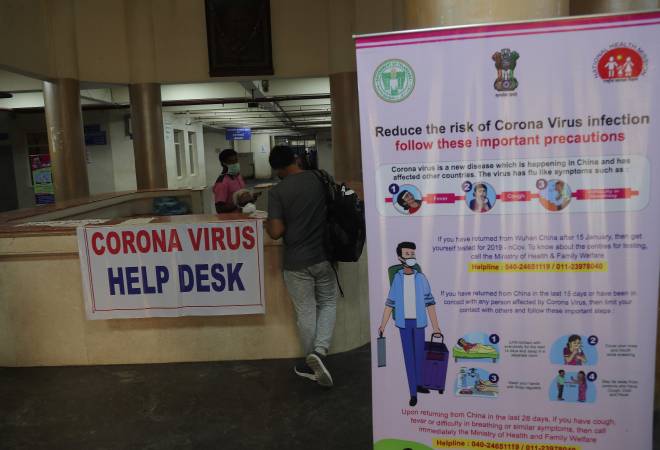 Five more people have been tested positive for coronavirus in Kerala's Thiruvananthapuram, taking the total number of confirmed cases to 39 in India. Kerala Health Minister KK Shailaja on Sunday said five new positive patients had been admitted in the isolation wards. "Three people recently returned from Italy, due to which two more got the disease here in Pathanamthitta district," she added.

Kerala Health Minister KK Shailaja: 5 new positive cases of #Coronavirus have been admitted in the isolation wards here. Three people recently returned from Italy due to which two more got the disease here in Pathanamthitta district. (File pic) pic.twitter.com/3v0uO4UkjP

The Ministry of Health & Family Welfare (MoHFW) on Saturday had informed that the condition of all patients currently under treatment was stable. "Three patients have already recovered," it added. Apart from Kerala, the latest three cases that have been found positive for COVID-19 include two from Ladakh with travel history to Iran and one from Tamil Nadu, with travel history to Oman.

The government has said that the health authorities have put more than 150 persons under integrated disease surveillance programme (IDSP) after they were found to have had contacts with an American national who was found COVID 19 positive in Bhutan.

As of now, 52 laboratories are operational across the country for testing COVID-19 virus. Additional 57 laboratories have been provided with Viral Transport Media (VTM) and swabs for sample collection, the ministry added.

The fall comes as Chinese cities gradually relax quarantine measures put in place over a month ago, while authorities keep a close watch on the virus' spread overseas, reported Reuters. The new cases took the total number of confirmed cases in China to 80,695 as of the end of March 7. The total number of deaths reached 3,097.