Singapore reported a total of 9,125 people have been infected in the country, majority of who are foreign workers living in dormitories 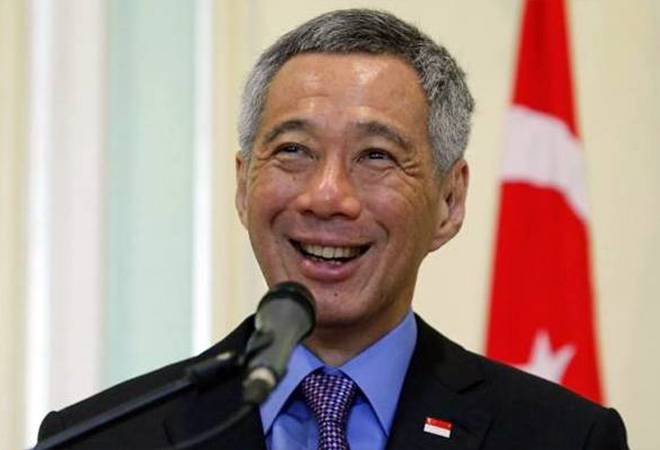 Singapore Prime Minister Lee Hsien Loong on Tuesday extended the "circuit breaker" period until June 1 to control the spread of the deadly coronavirus and assured full care for foreign workers, including Indian nationals.

In a televised address to the nation, Prime Minister Lee said the government was committed to do its "utmost" to keep it this deadly virus at bay. "We will extend the circuit breaker for four more weeks, i.e. until June 1," said Lee while giving an update on the COVID-19 and the rising number of cases among foreign workers living in dormitories.

Singapore reported 1,111 new COVID-19 cases on Tuesday, a majority of them foreign workers living in dormitories. A total of 9,125 people have been infected in the country.

Noting that businesses and workers would be hurt by the extension, the prime minister said, "But I hope you understand that this short-term pain is to stamp out the virus, protect the health and safety of our loved ones, and allow us to revive our economy."

"The government will continue to help our businesses and workers cope during the extended circuit breaker period. We will provide the same level of support to our workers and businesses as we are doing now," he said.

Lee last addressed the nation on 3 April to announce the "circuit breaker" measures that kicked in four days later, forcing people to keep their distance from one another in an effort to limit the virus' spread.

Since then, the number of new cases reported in the wider community has gone down, but in foreign worker dormitories, cases have shot up over the past week as a result of crowded living conditions and active testing for the virus.

Highlighting the government's aggressive testing of foreign workers in dormitories, Lee said that almost all the migrant workers infected had only mild symptoms. "This is not surprising as they are generally young, and thus much less likely to become seriously ill with COVID-19," he said.

Medical resources are being stepped up to protect the health of migrant workers, Lee said. "We will also pay special attention to the older workers, who are more vulnerable. We are pre-emptively moving them to a separate dorm, where they can be monitored more closely," he said.

The Prime Minister also emphasised that his government will take care of the foreign workers just as it cared for Singaporeans. "We will care for you, just like we care for Singaporeans. We will look after your health, your welfare and your livelihood. We will work with your employers to make sure that you get paid, and you can send money home, and we will help you stay in touch with friends and family," he said.

The holy month of Ramzan begins in a few days' time and arrangements will be made for Muslim migrant workers, he said. "When Eid comes next month, we will celebrate with our Muslim friends, just as we celebrated the New Year with our Indian friends last week. This is our duty and responsibility to you, and your families," Lee said.

Apart from the workers living in dorms, two other groups of migrant workers are being monitored closely.

Workers who live in shophouses, private housing, or HDB flats and workers in essential services, this group is still working during the circuit breaker, helping to keep Singapore going, Lee noted. Some are cleaning housing estates and or hawker centres while others are maintaining key infrastructure like our broadband networks.

These essential workers are being housed separately. They are being being tested to make sure that they are healthy, and to pick up any infections early, he said, adding that the clusters in the dorms have remained largely contained, and have not spread to the wider community.

Singapore is now the worst-hit country in Southeast Asia, surpassing coronavirus cases in Indonesia and the Philippines.

The country has introduced measures such as closing of schools and non-essential businesses to control the spread of COVID-19.The measures, which include the closures of most workplaces and schools, were initially set to run from 7 April until 4 May.

What is COVID India Seva? An explainer