coronavirus update: Scientists said that SARS-Cov-2 also invades the intestines, where it causes inflammation and leakiness of the gut lining, allowing the opportunistic entry of other disease-causing microorganisms 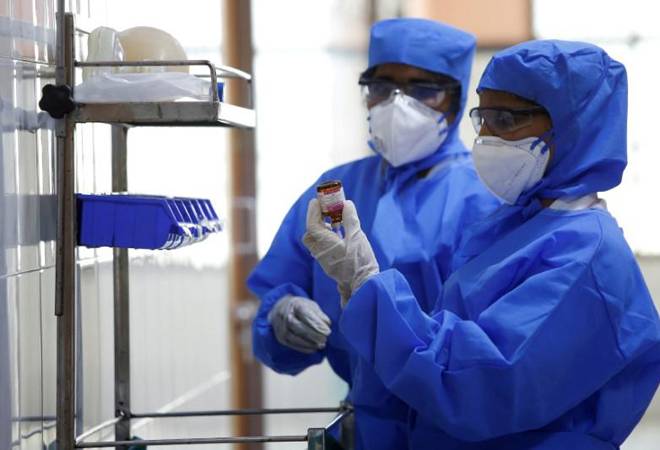 The researchers noted that white blood cells are misdirected to attack and inflame even healthy tissue, leading to failure of the lungs, heart, liver, intestines, kidneys, and genitals

COVID-19 mostly kills through an overreaction of the immune system, whose function is precisely to fight infections, say scientists who have decoded the mechanisms, symptoms, and diagnosis of the disease caused by the SARS-Cov-2 coronavirus.

In a study published in the journal Frontiers in Public Health, the researchers explained step-by-step how the virus infects the airways, multiplies inside cells, and in severe cases causes the immune defences to overshoot with a "cytokine storm".

This storm is an over-activation of white blood cells, which release too-great amounts of cytokines -- inflammation-stimulating molecules --into the blood, they said.

"Similar to what happens after infection with SARS and MERS, data show that patients with severe COVID-19 may have a cytokine storm syndrome," said study author Daishun Liu, Professor at Zunyi Medical University in China.

"The rapidly increased cytokines attract an excess of immune cells such as lymphocytes and neutrophils, resulting in an infiltration of these cells into lung tissue and thus cause lung injury," Liu said.

The researchers explained that the cytokine storm ultimately causes high fever, excessive leakiness of blood vessels, and blood clotting inside the body.

It also causes extremely low blood pressure, lack of oxygen and excess acidity of the blood, and build-up of fluids in the lungs, they said.

The researchers noted that white blood cells are misdirected to attack and inflame even healthy tissue, leading to failure of the lungs, heart, liver, intestines, kidneys, and genitals.

This, the researchers explained, happens due to the formation of a so-called hyaline membrane -- composed of debris of proteins and dead cells -- lining the lungs, which makes absorption of oxygen difficult.

Most deaths due to COVID-19 are therefore due to respiratory failure, they said.

The researchers explained that in the absence of a specific antiviral cure for COVID-19, the goal of treatment must be to the fight the symptoms, and lowering the mortality rate through intensive maintenance of organ function.

For example, an artificial liver blood purification system or renal replacement therapy can be used to filter the blood through mechanical means, they said.

The researchers stressed the importance of preventing secondary infections.

They noted that SARS-Cov-2 also invades the intestines, where it causes inflammation and leakiness of the gut lining, allowing the opportunistic entry of other disease-causing microorganisms.

The researchers advocate that this should be prevented with nutritional support, for example with probiotics -- beneficial bacteria that protect against the establishment of harmful ones -- and nutrients and amino acids to improve the immune defences and function of the intestine.

"Because treatment for now relies on aggressive treatment of symptoms, preventative protection against secondary infections, such as bacteria and fungi, is particularly important to support organ function, especially in the heart, kidneys, and liver, to try and avoid further deterioration of their condition," Liu added.

Over 1.5 lakh passengers book tickets for journeys by special trains over next 7 days: Railways