The lockdowns in both the countries due to Covid-19 is expected to badly affect the bilateral trade which declined by three billion billion dollar last year to USD 92.68 billion from USD 95.7 billion in 2018 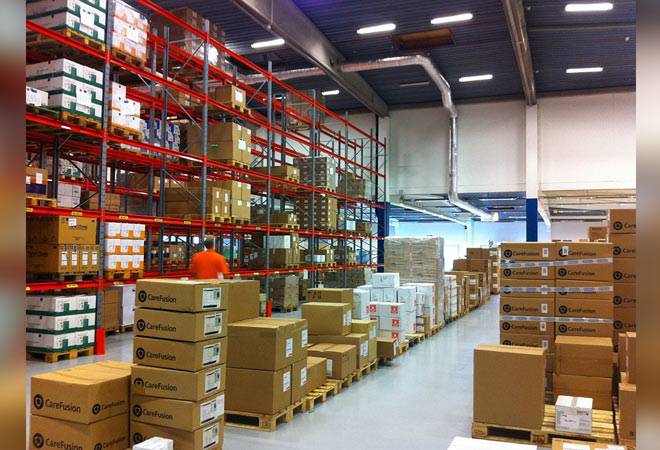 The trade between China and India fell 12.4 per cent year-on-year to USD 12 billion in the first two months amid the coronavirus outbreak, according to the latest data from Chinese customs. From January to February, China's exports to India were 67.1 billion yuan (USD 9.5 billion), down 12.6 per cent on a yearly basis and imports from India dropped 11.6 per cent to 18 billion yuan (USD 2.5 billion), the state-run Global Times reported on Friday.

Bilateral trade fell by 12.4 per cent to 85.17 billion yuan (USD 12 billion) in the first two months, the report quoted Chinese Customs data. The lockdowns in both the countries due to Covid-19 is expected to badly affect the bilateral trade which declined by three billion billion dollar last year to USD 92.68 billion from USD 95.7 billion in 2018. The declining trade was largely attributed to the slowdown of the economies of the two countries. The trade deficit for India continued to be high amounting to USD 56.77 billion in 2019. The trade deficit has become a major irritant in India-China bilateral relations, figuring high in the bilateral discourse.

India has been demanding China to open up its IT and pharmaceutical sectors to enable it to increase its exports. As China continued to promise to address India's concerns, the two countries discussed initiatives over the issue at various levels last year. As a result of lockdowns, the Indian pharma industry is concerned as India is a big importer of the main raw materials called APIs (Active pharmaceutical ingredients) from China. API shipments have started coming in for pre-manufactured stocks which were lying at ports in China, Lan Jianxue, deputy director of the Department for Asia-Pacific Studies at the China Institute of International Studies, told the Global Times.

"This is hampering business sentiment and affecting investment and production schedules of companies in India," he said. Lan noted that sectors like pharmaceuticals, healthcare and non-traditional securities are likely to become new forces to drive cooperation between China and India in the near future. The coronavirus outbreak is slowing down Indian exports to China, Atul Dalakoti, executive director for China at the Federation of Indian Chambers of Commerce and Industry (FICCI) said. China in recent years has emerged as a major market for Indian products like seafood, petrochemicals, gems and jewellery, he said. The Covid-19 outbreak has adversely impacted exports of these items to China, Dalakoti told PTI.

The fall of exports could result in losses in the Indian fisheries sector. India also exports 36 per cent of its diamonds to China. The cancellation of four major trade events between February and April could also cause major losses to India's diamond industry, he said.

71% degrowth in project completion in Q4; coronavirus not guilty: CMIE