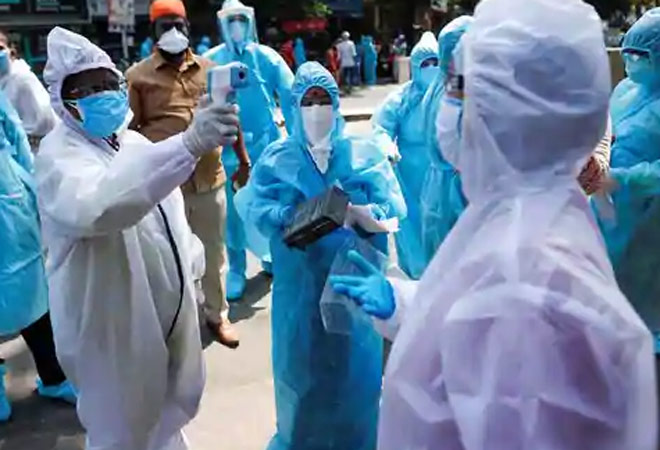 Health authorities in Telangana on Friday told the people not to lower the guard against COVID-19.

Follow all precautions during the Deepavali festival and the wedding season this month to prevent the spread of the infectious disease, they said.

Swine flu and other flu may also spread during the winter season in addition to the COVID-19 pandemic, state Director of Public Health G Srinivas Rao said.

He suggested that people celebrate Deepavali by lighting 'diyas' (small oil lamp) and stay away from firecrackers as they contribute to rise in air pollution.

"Our appeal to people is in view of COVID-19 and public health. We need to control air pollution from rising further in our city and Telangana. People need to cooperate for this.

The firecrackers which we burst traditionally should be kept off, as bursting them increases the air pollution," he told reporters.

Because of the rise in pollution, respiratory illnesses increase among those who have low immunity, especially old people and children, he said.

The air pollution may also add to the COVID-19 severity, he said.

Rao said precautions against COVID-19 should be taken at least for the next three months as there is hope of a vaccine or a permanent treatment being available then.

Observing that the health department has noticed some people not following precautions like wearing a mask, maintaining social distance and frequent hand-washing, he stressed that precautions should be taken to ensure that a so-called second wave or third wave of the virus does not occur in the state.

Saying that no vaccine has been available within a year till now, Rao said following the precautions would help in protecting against the infection without having to wait for the vaccine.

Also Read: Russia's Sputnik V to be cheaper than other vaccines; India to get priority: RDIF CEO Kirill Dmitriev