Lucknow court explosion: The bomb was allegedly a locally made explosive device.The investigations are underway currently 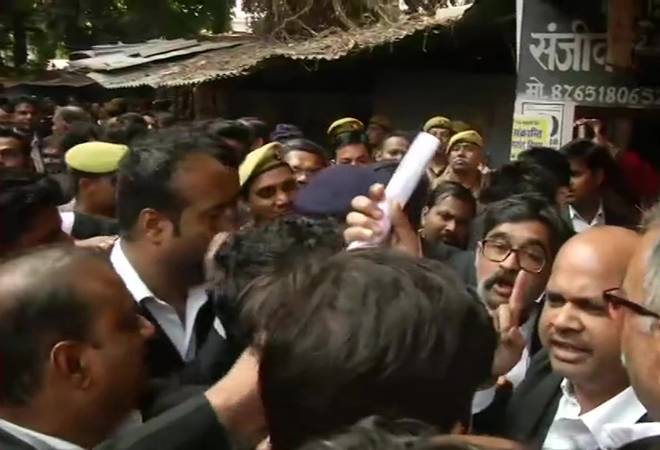 The bomb was allegedly thrown towards the chamber of Advocate Sanjeev Lodhi, joint secretary of Lucknow Bar Association

According to reports, one person is greviously injured whereas several others have sustained minor injuries. The blast took place due to an alleged dispute between two groups of lawyers. The blast was allegedly targeted at joint secretary of the Lucknow Bar Association, Sanjeev Lodhi, he claimed.

The bomb was allegedly hurled towards the chamber of Lodhi. Lodhi has blamed another lawyer Jitu Yadav for this incident. According to an India Today report, the bomb was a locally made explosive device.

Investigations are underway currently. As of now, the Wazirganj police has recovered 3 more live bombs from the crime scene.