Cyclone Maha to make landfall in Gujarat on Thursday; Navy on alert

Cyclone Maha: IMD has also warned fishermen along the coasts of Gujarat and north Maharashtra to not venture into the sea. 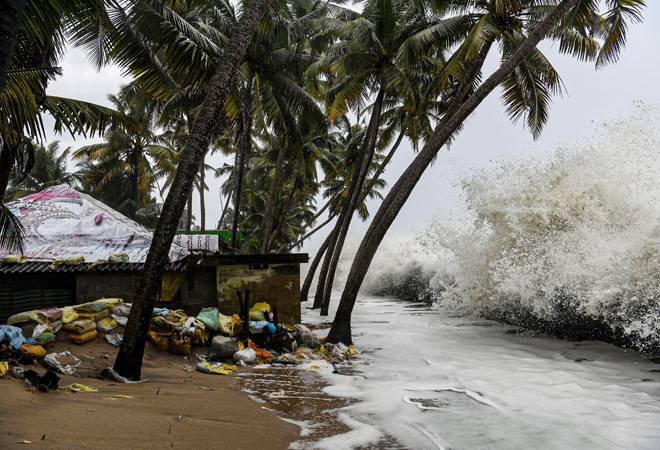 Cyclone Maha is expected to make landfall on the Gujarat coast on November 9 near the Union Territory of Diu. The cyclone that has intensified into an 'Extremely Severe Cyclonic Storm' will continue to move north in the next 12 hours and subsequently move rapidly in the east/northeast direction.

Cyclone Maha is expected to hit Diu with a maximum sustained wind speed of 70-80 km per hour and would increase to 90 km per hour by the early hours of Thursday. IMD has also warned fishermen along the coasts of Gujarat and north Maharashtra to not venture into the sea. Fishermen have also been warned to not venture into the North Andaman Sea as well as the southeast and east-central Bay of Bengal.

The Indian Navy has also stated that its western command has been prepared for disaster relief operations along the Gujarat and north Maharashtra coast. It stated that four warships of the Western Naval Command have been equipped with humanitarian and disaster relief (HADR) materials. Naval units are also prepared with emergency response teams as well as underwater diving equipment and inflatable boats. Additionally, naval aircraft and helicopters have been kept on standby.

Gujarat Chief Minister Vijay Rupani stated that the government was taking necessary steps to prevent any loss of life or property. "A total of 30 teams of the NDRF and 15 teams of the State Disaster Response Force (SDRF) have been deployed in various parts of Gujarat along with teams of doctors and nurses. District collectors have been asked remain alert to tackle any emergency," said CM Rupani.