Chief Ministers of Tamil Nadu and Puducherry K Palaniswami and V Narayanasamy have deployed Coast Guard, National Disaster Response Force (NDRF), and the Fire and Rescue Services teams to deal with the cyclone 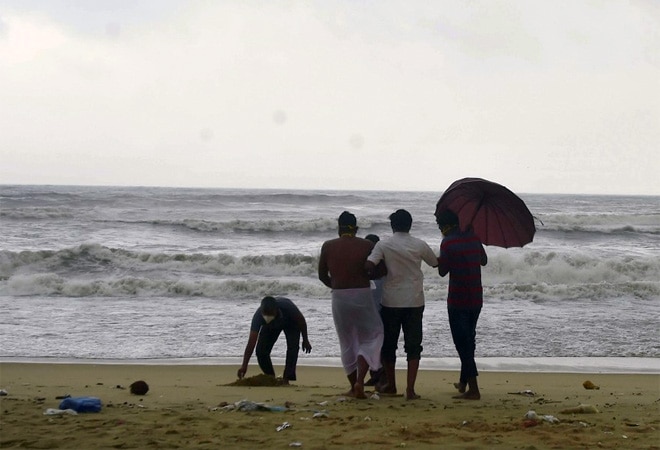 Nivar is the second cyclone in the Bay of Bengal this year. In May, Cyclone Amphan had developed into a 'super cyclonic storm'. (Representative image)

A very severe cyclonic storm is likely to make landfall on the coast of Tamil Nadu and Puducherry on Wednesday, according to weather experts.

The Meteorological Department said the cyclone christened 'Nivar' will cross the Tamil Nadu and Puducherry coasts between Karaikal and Mamallapuram as a very severe cyclonic storm with a wind speed of 120-130 kilometres per hour gusting to 145 kmph.

Nivar is the second cyclone in the Bay of Bengal this year. In May, Cyclone Amphan had developed into a 'super cyclonic storm'.

With the arrival of the cyclone Nivar, the weather departments have predicted heavy rainfall in most places of Tamil Nadu, Puducherry, and Karaikal on Wednesday. There's prediction of extremely heavy rainfall for isolated places in southern coasts. On Tuesday too, the Tamil Nadu region witnessed intermittent rainfall influenced by the cyclonic storm, which caused traffic congestion and waterlogging in several areas.

The cyclone protection machinery at the Madras Atomic Power Station (MAPS) in Kalpakkam, Tamil Nadu, has been 'activated', and is closely monitoring the weather. The Coast Guard has deployed four offshore patrol vessels and two helicopters are on standby for post landfall rescue and relief. As many as three Dornier aircraft are on standby at Visakhapatnam and 15 disaster relief teams are ready to assist the state governments.

Preparatory activities to combat the effects of the cyclone have been carried out and five flood relief teams and one diving team are ready for deployment in Chennai.

A holiday has been declared in the region today and transport services have also been suspended by the chief ministers. Southern Railway has cancelled 12 trains, including the Chennai-Madurai Special, and the running of suburban trains is conditional upon "prevailing weather."

Yesterday,  Prime Minister Narendra Modi Tuesday spoke to the chief ministers of Tamil Nadu and Puducherry regarding the situation in the wake of Cyclone Nivar and assured them of all possible support from the Centre.