According to the Central Pollution Control Board data, the overall air quality index of the city was at 171, which falls in the 'moderate' category, a significant drop from the AQI of 349 recorded on Wednesday. 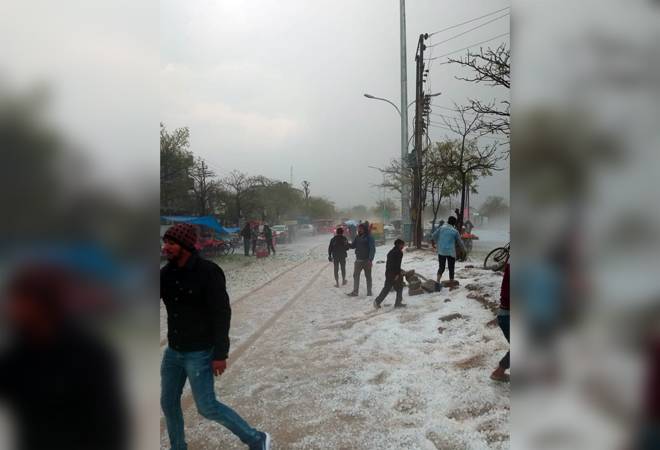 The overall air quality of Delhi was 'moderate' on Thursday, a significant improvement due to western disturbances, scattered rain and high wind speed, authorities said.

The CPCB said 31 areas in the national capital recorded 'moderate' air quality, while four areas had 'poor' quality air. None of the areas recorded 'very poor' or 'severe' air quality.

The authorities said the southwesterly winds from the Arabian sea will bring more moisture in the capital.

According to the Centre-run System of Air Quality and Weather Forecasting (SAFAR), "The wind speed is expected to slow down in the coming days which will deteriorate the air quality to poor after two days. The AQI will remain moderate on Friday also."