Delhi metro resumes operation after 169 days; all you need to know about new rules

Delhi Metro resumed its operation after a gap of 169 days at 7am on Monday despite the surge in coronavirus cases. Delhi Metro services have started on the 'Yellow Line' (Samaypur Badli - Huda City Centre) and Rapid Metro Gurugram 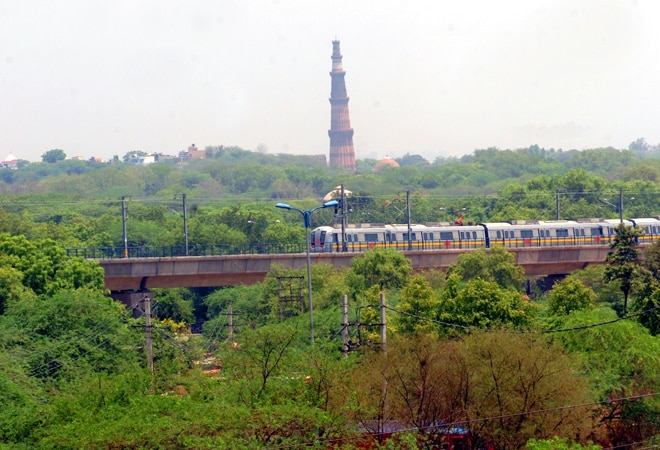 Delhi Metro resumed its operation after a gap of 169 days at 7am on Monday despite the surge in coronavirus cases. Metro services would be resumed in a graded manner and the Delhi Metro Rail Corporation (DMRC) would follow all measures such as physical distancing, wearing of masks as well as limited work hours.

Early morning photos from the Yellow Line today! Travel only if needed. #MetroBackOnTrackpic.twitter.com/90UnRn54Bz

A few happy faces from our first journey after more than 5 months. 😀#MetroBackOnTrackpic.twitter.com/mIuVK9wHGp

Here's all you need to know about the Delhi metro schedule and routes:

1. Delhi Metro operation will be resumed in three stages from September 7-12.

Delhi Metro is ready to resume services on Yellow Line & Rapid Metro after 169 days. Cleaning & sanitisation activities being carried out at one of the depots. #MetroBackOnTrackpic.twitter.com/sWljAjJ4TX

4. Delhi Metro personnel would scan commuters using a hand-held metal detector which has been attached to a wooden stick to ensure safe physical distance between the scanner and the passenger.

5. As per the new procedure, passengers would be asked to put all the objects including metallic ones like belts and pens in their bags and if someone does not have a bag, they would be required to keep them in their hands.

6. All personnel on duty would wear masks and gloves and those who frisk would also use face shields to ensure safety.

7. Physical distancing norms will be "strictly" enforced inside the station area and a two-metre distance would be maintained between the frisking and the line-up points and one-metre between passengers waiting at the security point.

8. The CISF has deployed a contingent of about 10,000 men and women personnel to guard the Delhi Metro network, except the Rapid Metro in Gurgaon.

9. NO SERVICE IN CONTAINMENT ZONES: Since Delhi Metro operates in Delhi-NCR, it will not be providing services to such stations which fall under the containment zones.

Also read: COVID-19 vaccine: Russia all set to roll out Sputnik V for civilian use this week

Also read: Chandrayaan-3 launch may take place in early 2021; mission will not have orbiter: Jitendra Singh