Delhi-NCR weather: The national capital and the adjoining areas such as Noida, Faridabad and Gurugram saw gusty winds and thunderstorm due to an intense Western Disturbance over Northern India. 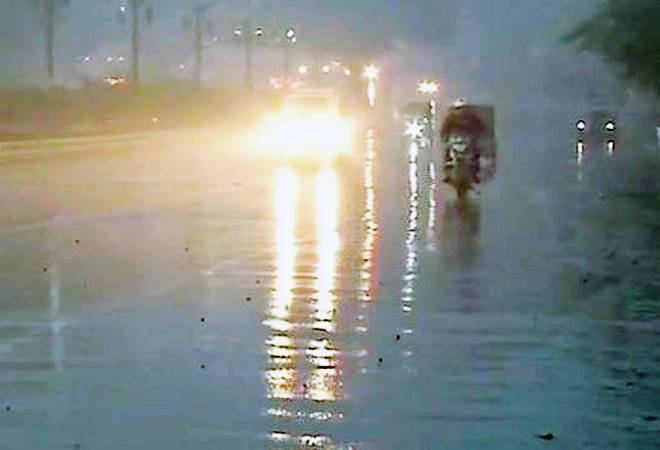 Delhi-NCR woke up to light rains which was accompanied by cold winds on Thursday as the mercury went down across the region. The national capital and the adjoining areas such as Noida, Faridabad and Gurugram saw gusty winds and thunderstorm due to an intense Western Disturbance over Northern India.

The weather department on Wednesday had also predicted hailstorms for the day.

"Another western disturbance accompanied by moist eastern winds from the Bay of Bengal is likely to hit the northwest plains of the country, including Delhi, from Wednesday night (February 13)," Kuldeep Srivastava, regional head of the India Meteorological Department (IMD), said.

These conditions will continue over the national capital till Friday, he said.

The minimum temperature in the national capital is also expected to go up by 3-4 degree Celsius between Wednesday and Friday.

The capital is expected to witness intense spells of rain and thundershowers with isolated hailstorm activity for the next two days. "Light scattered rains are expected to continue over the national capital region till February 15. By February 16, the weather systems will move towards east India giving rain in Uttar Pradesh," said Skymer, a private weather forecasting agency.

Earlier, the country's largest airline IndiGO on Wednesday announced curtailing around 30 flights daily for the rest of February. "The cancellations on February 13 were caused by several factors like anticipated weather conditions on February 14 and NOTAMS at various airports. This resulted in extended duty times which then made it necessary to re-roster our crew and optimise our operations," a statement from the airline said.

Last week, heavy rains and hailstorm lashed several parts of the Delhi NCR on Thursday, disrupting traffic on many stretches across the city.

The heavy rains and hailstorm started in the evening, leading to slow movement of traffics in many parts of  Delhi, Noida and Faridabad.

RRB Group D result to come out soon; here is what candidates must know