Delhi set to be the fastest growing city in Asia: Oxford Economics

The report says Delhi is estimated to see real GDP growth of 8.5 per cent a year in the period between 2015 and 2019. 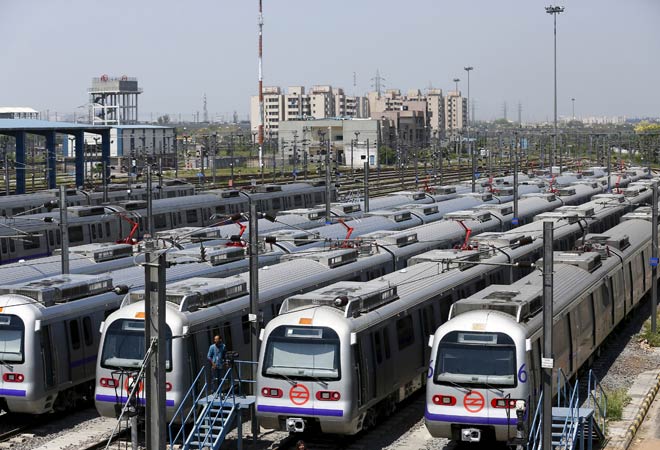 Delhi is set to be the fastest growing city in Asia in the coming five years, followed by Chennai and Mumbai according to a new report published by Oxford Economics. The report says Delhi is estimated to see real GDP growth of 8.5 per cent a year in the period between 2015 and 2019, putting it well ahead of even the fastest growing Chinese city, Tianjin, at 6.4 per cent growth a year.

As per the estimates, six Indian cities feature in the top ten fastest growing cities in Asia as India is witnessing a growing confidence and a big push to attract foreign investors. Richard Holt, Head of Global Cities Research at Oxford Economics, said, "If the Indian government can make it easier for foreign companies to do business in the country, then its top cities will be able to capitalise on their low costs. We project they will see sustained very strong growth for years to come."

Oxford Economics forecast that amongst other important Asian economies, Singapore will continue to outpace Hong Kong, with GDP growth of 3.4 per cent a year in the period 2015-19 for Singapore, but 3 per cent for Hong Kong. However, the strongest growth amongst advanced economy cities is set to come from Perth, with GDP growth at 4.6 per cent a year, reflecting its strong mining sector.

The forecasters also say that of Australia's two top cities, Melbourne should grow faster than Sydney over the 2015-19 period, with 3.3 per cent a year GDP growth as against 2.5 per cent. The balance between rising quality of life and rising living costs looks more favourable for Melbourne than it does for Sydney, say the forecasters. 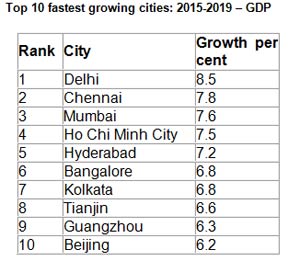 Vodafone, Maruti, Samsung in race to be India's biggest MNC