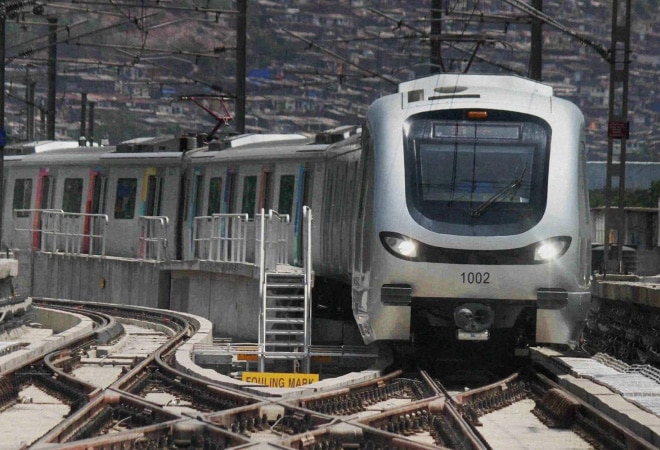 Delhi Metro Rail Corporation (DMRC) had started the graded resumption process for metro services in the state on Monday, September 7. As the next stage of the plan, it will resume operations on the Blue and Pink line of Delhi Metro from tomorrow, September 9. Due to the COVID-19 pandemic and subsequent lockdown, the Blue and Pink lines have been shut for the last 171 days.

"As part of stage-I of graded resumption of metro services, Delhi Metro will resume operations after 171 days on its Blue Line - from Dwarka Sec 21 to Electronic City/Vaishali and Pink Line - from Majlis Park to Shiv Vihar from tomorrow," DMRC tweeted on Tuesday.

From 9th September onwards, metro services will begin on blue line (Dwarka Sec 21 - Noida Electronic City/Vaishali) and pink line (Majlis Park - Shiv Vihar) from 7:00 to 11:00 in the morning and 4:00 to 8:00 in the evening. #MetroBackOnTrackpic.twitter.com/vaZK6KIfGy

Earlier, the DMRC had announced that would resume metro services in the national capital in a graded manner which includes three stages from September 7 to September 12, however, station within containment zones will remain closed.

Stage two will begin from September 11 which will include the resumption of the Magenta Line from Janakpuri West to Botanical Garden; and Grey Line from Dwarka to Najafgarh. The trains during stage two will run in two batches of six-hours each - 7:00 am to 1:00 pm and 4:00-10:00 pm. The trains resumed in stage one will also follow these timings.

Stage three will come into effect from September 12. Airport Express Line from New Delhi to Dwarka Sec-21 will resume service from September 12 onwards. All metro services will be available throughout the day from 6:00 am to 11:00 pm.