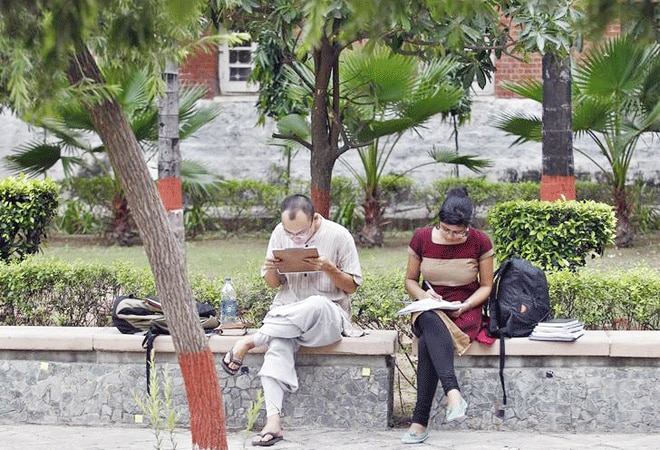 DU fifth cut-off list: Delhi University released its fifth cut-off list on Friday. Seats in courses like BCom (Honours) and BA (Honours) English are still up for grabs in popular colleges. Students can check availability of seats on du.ac.in. The cut-offs will also be displayed in colleges on July 20. Last date for taking admissions after the release of the fifth cut-off is July 23.

BA (Honours) English is available at Kirori Mal College, Kamala Nehru College at a cut-off of 96 per cent and 94.50 per cent respectively.

The varsity's Non-Collegiate Women's Education Board (NCWEB) also released its second cut-off for BA programme and B.Com courses. The NCWEB is a non-formal system of obtaining degree from the Delhi University with lectures being delivered only on the weekends. Only women students residing in the National Capital Territory of Delhi can enrol themselves as students of the board.

Students taking admission in DU must carry the following documents with them: