Nooyi says the T20 final will be held on March 8, which is also International Women's Day; she asks people to break the world record by coming in large numbers to cheer for their favourite teams 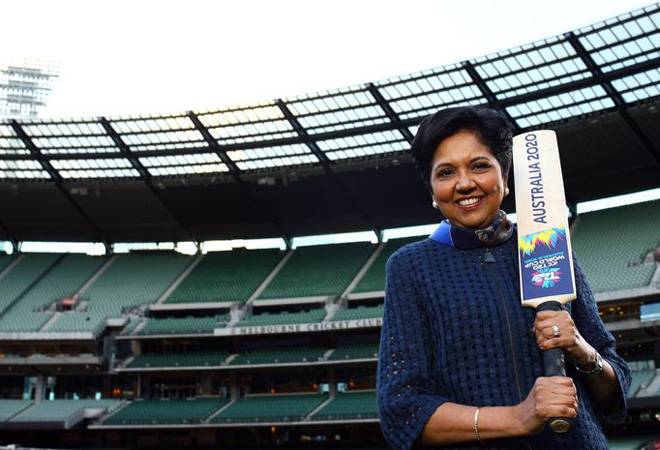 Nooyi said the T20 final will be held on March 8 (Sunday), which is also International Women's Day. She asked the people to break the world record, which is currently set at 90,185, by coming in large numbers to cheer for their favourite teams.

"If you're not here at the MCG on 8th March 2020, watching the Women's Final, you're missing something incredibly special because it's going to be a major turning point for women's sport," she said.

She added the event would encourage youngsters, especially women, to say that they too can "achieve greatness". "I think it's the most aspirational event on March 8th and I want to be sitting there with tears rolling down my eyes saying, 'We made it!" she said.

After spending 24 years at PepsiCo, Indra Nooyi stepped down from the company on October 3, 2018. Under Nooyi's leadership, PepsiCo's revenue grew more than 80 per cent, outperforming its peers and adding a new billion-dollar brand almost every other year. She was twice named on TIME's global list of '100 Most Influential People'. Nooyi was appointed to the ICC board as its first independent woman director in 2018 and to Amazon's board of directors in 2019.