Yamuna water level has reached 203.27 metres, slightly below the warning level of 204.5 metres in Delhi 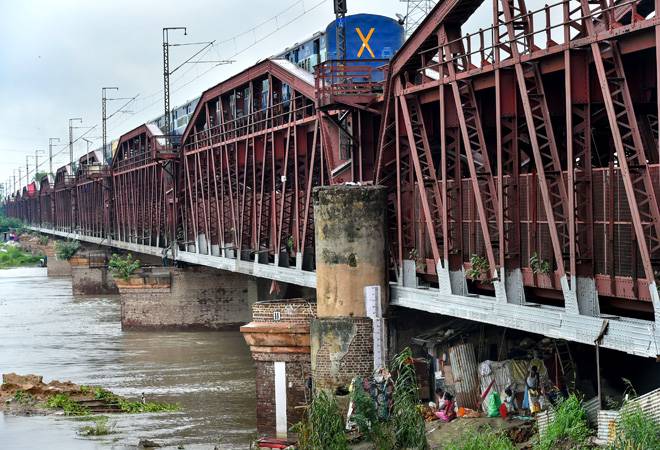 Yamuna water level has reached 203.27 metres, slightly below the warning level of 204.5 metres in Delhi .

The water level of the Yamuna river has reached close to the danger mark and is expected to rise further, prompting authorities to issue advisory to take appropriate measures to avoid a flood-like situation, officials said. According to an official, Yamuna water level has reached 203.27 metres, slightly below the warning level of 204.5 metres.

Since the beginning of August, heavy rainfall has been observed in several parts of the country, especially in the national capital. In fact, Delhi witnessed light to moderate rains even on Sunday morning. The capital has received 1.4 mm rainfall from 8.30 am to 5.30 pm yesterday.  At present, temperatures are being recorded close to 26 degree Celsius. 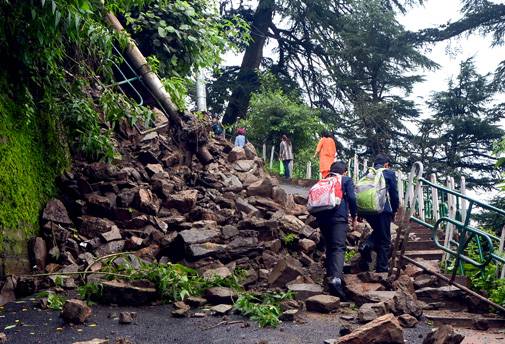 A road is blocked after a wall collapsed due to heavy rainfall in Shimla.(PTI)

Naina Devi in Bilaspur district of Himachal recorded 360 mm of rainfall, the highest in the state in last two days. Moreover, the Mandi-Kullu national highway in the hilly state has been closed for vehicles following heavy rains, a district official said on Saturday.

Andhra Pradesh, too, has received heavy showers, with a swollen Krishna river leaving 87 villages and hundreds of acres of farmland under a sheet of water in two districts.

In Punjab, an alert has been sounded in several districts following the release of excess water from Bhakra dam after heavy rainfall in its catchment area. Authorities at the Bhakra Beas Management Board discharged 17,000 cusecs of excess water out of the total release of 53,000 cusecs through the dam's spill gates. The remaining 36,000 cusecs were released after its use for power generation, he added.

In Rajasthan, several rivers and dams are overflowing due to incessant rainfall and adequate measures are being taken to keep the situation under control. Lok Sabha Speaker Om Birla rides on a tractor as he visits the flood-affected areas after heavy rains, in Kota, Rajasthan.(PTI)

In Kerala, people have started moving to their homes from relief camps in Kerala, where the toll has climbed to 113, so far. Wooden logs float on the Chaliyar river as remnants of the flash flood, in Malappuram district, Kerala (PTI)

Kolkata, which is being battered by torrential rains, received 186.1 mm rainfall during the last 24 hours till Saturday noon.

IMD has predicted, heavy to very heavy rains are likely in Jammu and Kashmir, Uttarakhand, Punjab, Haryana and Delhi in the next 24 hours.