The visuals of Gonzalez swaying to Tchaikovsky's music is interspersed with a young ballerina dancing. That ballerina has been identified as former prima ballerina Uliana Lopatkina 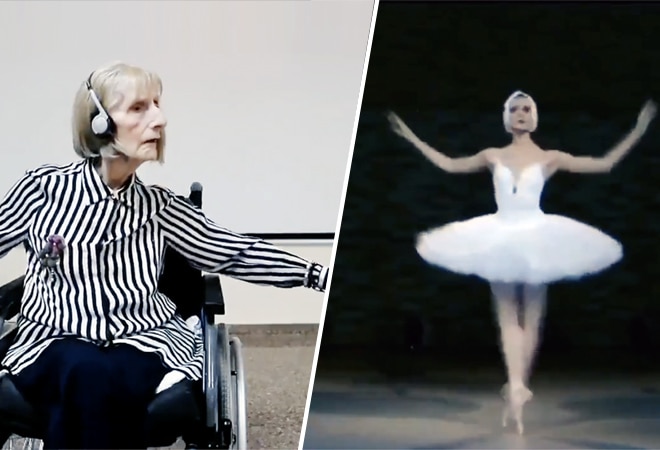 Music has the power to stir one's soul long after one's memory fades and body gets brittle. A video that has gone viral shows the influence music can have on people. The video, also shared by MD and CEO of Tech Mahindra CP Gurnani shows former ballerina Marta Gonzalez who now suffers from Alzheimer's and appears to be confined to a wheelchair reenacts Swan Lake.

In a video that has since gone viral and captured headlines across the globe, Gonzalez can be seen swaying to Pyotr Ilyich Tchaikovsky's Swan Lake. Gonzalez, as subsequent research, unearthed was a prima ballerina with the New York Ballet in the 1960s. However, there is no such company known and the one that exists -- New York City Ballet -- does not list Gonzalez as its alumni, stated a report in NPR.

Amazing grace.. touching and beautiful, it truly exemplifies the magic of music https://t.co/Qoqzskr9q7

The video was initially shared by Asociacion Musica para Despertar, a Spanish organisation that promotes music therapy for people suffering from memory loss, dementia and Alzheimer's.

While Gonzalez's memory does not appear to have stood the test of time, she elegantly reenacts Swan Lake and her eyes does the rest. According to the report, the video was taken in 2019 and Gonzalez has since died.

The visuals of Gonzalez swaying to Tchaikovsky's music is interspersed with a young ballerina dancing. However, that ballerina has been identified as former prima ballerina from Russia's Mariinsky Ballet, Uliana Lopatkina and not Gonzalez as many might assume.

Dance critic Alastair Macaulay has been chasing Gonzalez's story and has found a document from 1966 with a Cuban governmental stamp from an organisation called The Higher School for Professional Studies, Nueva York that said that one Marta C Gonzalez Saldana could be a prima ballerina in Ballet de las Americas -- but alas, no company by that name could be found in New York or anywhere else in the US.