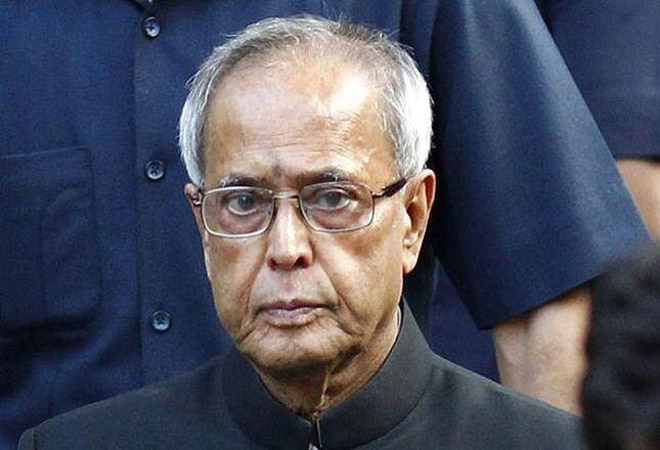 Former President Pranab Mukherjee continues to be in critical condition and is undergoing treatment in intensive care. According to the latest health updates, Mukherjee is currently being treated for a lung infection along with renal dysfunction. Pranab Mukherjee had gone into a deep coma following brain surgery.

The Army Research and Referral Hospital in Delhi said on Friday, "Hon'ble Shri Pranab Mukherjee is under intensive care and is being treated for lung infection and renal dysfunction. He continues to be in deep coma and on ventilator support. He is haemodynamically stable."

On August 26, the hospital had said that Mukherjee's renal parameters had deteriorated slightly. According to their latest update, the condition has further aggravated.

Pranab Mukherjee was admitted to the Army's Research and Referral Hospital in Delhi Cantonment on August 10, where he was operated upon for the removal of a clot in his brain. Thereafter, he developed a lung infection and is being treated for the same.

Pranab Mukherjee, who is 84-years-old, had also tested positive for coronavirus at the time of his admission.

The family of the former president has been visiting him at the hospital. His son and former MP Abhijit Mukherjee had earlier said his father was showing "positive signs of improvement". However, on August 19, his health condition declined as he developed a lung infection.

Also read: No change in ex-President Pranab Mukherjee's health, continues to be on ventilator support: Hospital