The glacier has burst at Reni village in the Joshimath area of Chamoli district. The outburst has caused massive flood in the Dhauliganga river in Reni village 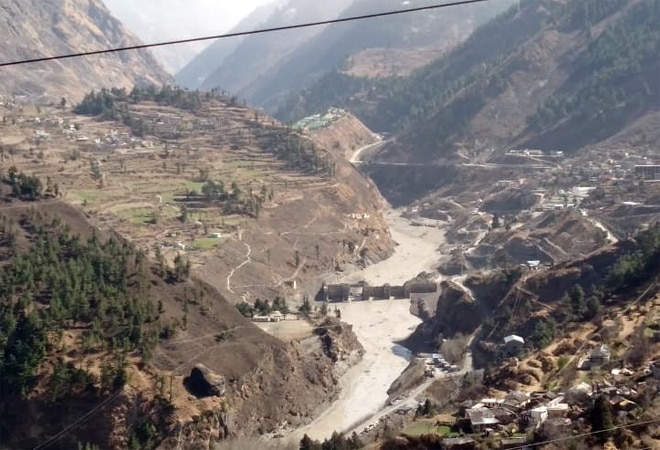 A glacier in Uttarakhand's Chamoli district burst on Sunday

#WATCH | A massive flood in Dhauliganga seen near Reni village, where some water body flooded and destroyed many river bankside houses due to cloudburst or breaching of reservoir. Casualties feared. Hundreds of ITBP personnel rushed for rescue: ITBP pic.twitter.com/c4vcoZztx1

Currently, ITBP personnel have been rushed to the disaster spot to rescue the village people. No casualty has been reported yet.

According to the ANI, people are being evacuated from the areas near Alaknanda. Besides, the flow of the Bhagirathi River has been stopped. The flow of water of Alaknanda, Srinagar, and Rishikesh Dam has also been emptied as a precautionary measure. The state disaster response fund (SDRF) is on alert. Meanwhile, Uttarakhand Chief Minister Trivendra Singh Rawat has left for the disaster spot.

Besides, CM Rawat has issued helpline number--1070 or 9557444486 and also requested people not to spread rumours about the disaster by sharing older videos.

Scary visuals coming in from Chamoli in Uttarakhand.

Would request everyone to move to higher areas and keep away from river banks.

Would post more updates when I get more info. pic.twitter.com/tfQAS20ggB

The Chamoli police informed that the Rishiganga Power Project has been damaged due breach of a glacier in the Tapovan area. The district police have issued an advisory urging people, who are living on the banks of the Alaknanda river, to move to safe places at the earliest.

Navneet Sehgal, additional chief secretary of the information department has issued a high alert in all Uttarakhand's districts that are on the Ganga river. The minister has asked the disaster management agencies to monitor water levels.

All DMs of UP

*Disaster Alert*
Urgent and Most Important
Report of breaking of a part of Nandadevi Glacier in Uttarakhand
The districts on *Ganga River* to be on high alert and monitoring of water level need to be done 24×7.
NDRF, SDRF and PAC Flood Company given instructions

(It's a breaking story. The story will be updated with more details.)