Born in delhi in 1933, Mumtaz Jehan Begum Dehlavi was raised in a town located near Bombay Talkies film studio, she appeared in her first film with the stage name "Baby mumtaz". 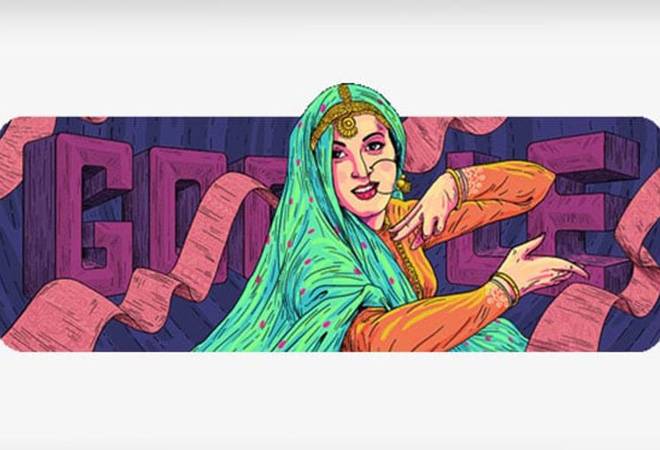 Google Doodle on Thursday honoured the late legendary actress Madhubala . Known for her beauty, personality and sensitive portrayal of women in films, she was popularly known as "The Beauty with Tragedy" and "The Venus of Indian Cinema". She was known as the "Marilyn Monroe of Bollywood".

Born in Delhi in 1933, Mumtaz Jehan Begum Dehlavi was raised in a town located near Bombay Talkies film studio, she appeared in her first film with the stage name 'Baby Mumtaz'. Raised in the slums of Bombay, she supported her family as a child star before she became the leading lady in Bollywood. In 1947, she landed the lead role opposite Raj Kapoor in 'Neel Kamal' at the age of 14, changing her name to Madhubala upon insistence from actor Devika Rani. As the family's main breadwinner, she worked tirelessly to support her parents and four sisters.

Madhubala had captured the fancy of Hollywood stalwarts including photographer James Burke, who visited India and photographed her for Life Magazine, a feat which was unheard of for crossover cinema. While visiting Bombay, the famous Hollywood director Frank Capra was keen in giving her a break in Hollywood but her father did not allow.

Madhubala was said to "prefer a veiled secrecy around her" and was "seldom seen in social gatherings or public functions", write Harish Booch and Karing Doyle in their 1962 book Self-Portrait. The fact that she hardly made any public appearances fuelled her craze among fans. They often gathered outside film studios to get a glimpse of her.

The film Mughal-e-Azam marked what many consider to be Madhubala's greatest and definitive characterisation, as the doomed courtesan Anarkali. The film took nine years to complete. Mughal-e-Azam released on 5 August 1960, and broke most box office records in India. The movie became the highest-grossing film, a record that went unbroken for 15 years until the release of Sholay in 1975. Madhubhala was nominated for the Best Actress in Filmfare Awards for her performance in Mughal-e-Azam.

While the talented actress won fame all over, her love life was no less than a dramatic plot of a Bollywood film. Madhubala's relationship with Dilip Kumar was fading out when Mughal-e-Azam released, and the lives of Madhubala and her screen character were consistently seen as overlapping because of the overwhelming sense of loss and tragedy and the unrelenting diktat of destiny that clung to both and which neither could escape.

Also read: Bollywood has ganged up against me, I'll expose everyone: Kangana