In a major change from the past, the draft rules propose that every employer has to issue wage slips, electronically or physically to the employees. This would add to transparency and reduce harassment of workers 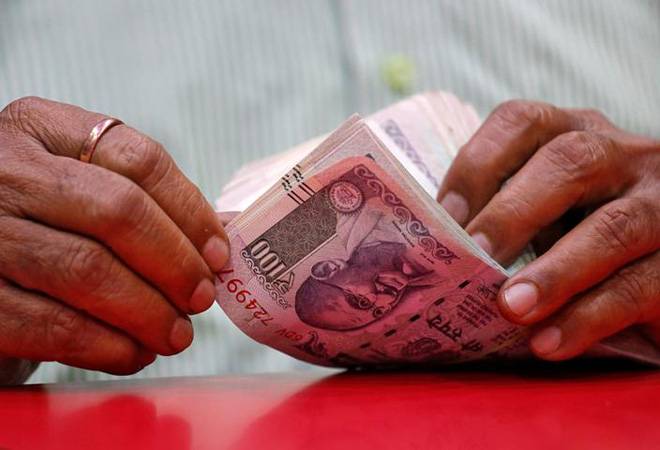 Facing intense political attacks and increasing negative perception over the plight of migrant labourers, the government is pushing for a more wholesome assessment for fixing of what the minimum wage workers should get. The government has issued a gazette notification for the draft Code on Wages (Central) Rules, 2020 which is expected to benefit 50 crore workers across the country. The rules have been presented in the form of a gazette notification on Tuesday and the government has invited suggestions that would be studied before final rules are drawn.

The draft rules come a year after Parliament had passed the Code on Wages Bill, which allows the Centre to set a minimum statutory wage. The government claims that the minimum wage rules don't just incorporate livelihood but also well being. The power to fix minimum wages will stay with the Central and the State government. The minimum wage law was the first in a series of four labour codes proposed in the government's labour reform initiative. The draft rules notification also comes in the wake of severe criticism faced by some states for diluting laws governing labour welfare as part of an attempt to restart the coronavirus hit economy.

In a major change from the past, the draft rules propose that every employer has to issue wage slips, electronically or physically to the employees. This would add to transparency and reduce harassment of workers

The draft rules propose the method for calculating the minimum wage rate on the day basis of the following criteria:

The draft rules notified propose that  a normal working day would be eight hours of work. Workers would be entitled for one or more  rest intervals. The rider is that the intervals should not exceed a total of 60 minutes This formula also proposes one day rest in a week. Ordinarily the day of rest can be on Sunday but the employer would get the right to change it to some other day depending on local factors and needs. In case any shift assigned to a worker extends beyond midnight, it has to be compensated with a whole day rest which has been qualified as a 24 hour break between end of last shift and start of next

Based on these factors, a daily and hourly wage benchmark has to be decided. The calculation of hourly wages to be decided on the basis of dividing a day's wage by 8 hours and multiplying the daily wage with 26 days. This means, in a month, a worker is engaged for 26 days. In such division and multiplication, the factors of one-half and more than one-half shall be rounded as the next figure and the factors less than one-half shall be ignored.

To fix wages the concerned geographical area would be divided into three categories - the  metropolitan area, non-metropolitan area and the rural area. To incorporate the skill of a worker element it's proposed that a technical committee would be constituted by the Central government. This committee would include Chief Labour Commissioner (Central) as Chairperson, Joint Secretary to the government in the Ministry of Labour and Employment dealing with the wages, a representative from the Ministry of Skill Development, Director General of Employment in Ministry of Labour and Employment as  member of the committee along with four others including wwo technical experts nominated by the Central government.

On the advice of the committee, the Central government shall fix the occupations of the employees into four categories -  unskilled, semi-skilled, skilled and highly skilled. The committee would take into account, to the possible extent, the national classification of occupation or national skills qualification framework or other similar framework for the time being formulated to identify occupations.

The rules have also been framed for time intervals for revision of dearness allowance (DA). The gazette says that "Endeavour shall be made so that the cost of living allowance and the cash value of the concession in respect of essential commodities at concession rate shall be computed once before 1st April and then before 1st October in every year to revise the dearness allowance payable to the employees on the minimum wages."

Currently the government carries out a revision in DA twice a year for its employees and officers. The first tranche is effective from January 1, and the second from July 1. The DA will be payable on the minimum wages of a worker. This allowance helps the wage-earner out more cash in the hand to make up for increase in prices of various commodities.

The notification says that the longer wage period for the purpose of calculation of minimum rate of wages shall be fixed by the month. Floor wages would be fixed taking into account the minimum living standard including the food, clothing, housing and any other factors decided by the Central government from time to time of the standard working class family as specified in clause.

To provide protection to workers it has been proposed that  an employer who plans to make any deduction in the wage of a worker shall make intimation of a deduction to the concerned Inspector-cum-Facilitator within 10 days from the date of deduction with the reason of  deduction.

Labour unions are studying the draft notification. They plan to make a common paper instead of separate submissions to maintain a high unity index that could benefit workers. But union leaders say that there are several factors which would eventually decided whether minimum wages in the country would witness a meaningful hike

They say that in 2016 there was a proposal to raise the bar to Rs 375 per day but the unions had argued that it should be Rs 660 instead. A lot will also depend on what cut off period is used as a benchmark for price inflation. If the benchmark is not recent, the wages wouldn't really go up, unions say.

Also Read: Planning to get a coronavirus test done? Here's a step by step guide on COVID-19 testing

PNB reports over Rs 3600 crore loans to DHFL as fraud