Along the route, one of the few heritage Railways in the world, tourists headed to Shimla will be able to experience snow and rainfall in these glass-enclosed coaches 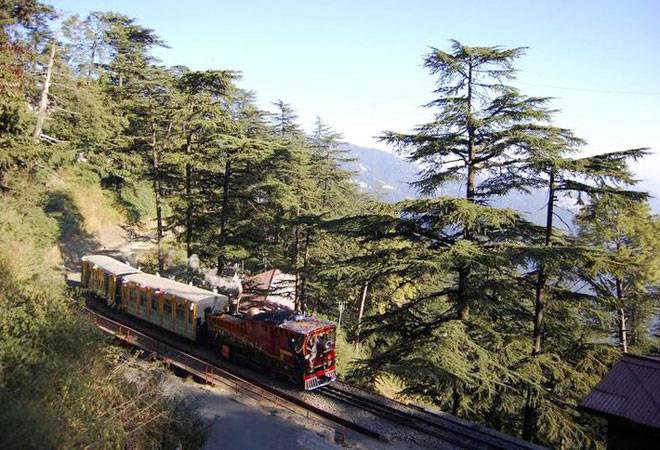 The railways on Wednesday started a seven coach glass-enclosed vistadome train on the heritage Kalka-Shimla route.

The red-coloured train, which was decorated with balloons, chugged off from the Kalka railway station in Haryana at around 7 am, a railway official at the Kalka station told PTI.

The 'Him Darshan' train has a seating capacity of over 100 passengers and the bookings are full over the next few days because of the peak tourist season and New Year being round the corner, the official said.

Earlier this year, the Railways had put only one see-through vistadome coach on the narrow-gauge route, but in view of the huge response, now the entire train has such coaches, he said.

Along the route, one of the few heritage Railways in the world, tourists headed to Shimla will be able to experience snow and rainfall in these glass-enclosed coaches.

"It feels so nice to enjoy the nature with transparent roofs as it gives a panoramic view. We will also return in a few days. Hope we get a chance to witness snowfall while we are on this train," a family told the media in Kalka after boarding the train.

The vistadome coaches were tastefully decorated with plush interiors and tourists will also get a chance to feel close to the nature on the 95.5 km route with big glass windows in the air-conditioned train.