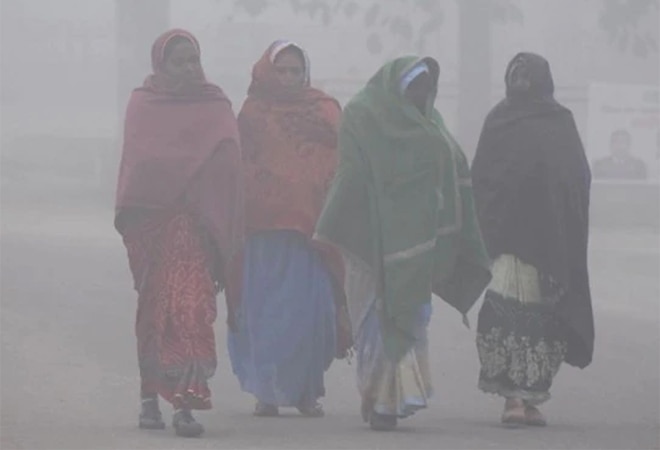 Brace for a cooler winter as intense and more frequent coldwave events are expected to sweep the country. The Indian Meteorological Department (IMD) has forecast a chillier winter this year.

Talking about its (La Nina's) influence during the upcoming winter season, he stated that the severity of cold conditions becomes intense during the La Nina years, and "the frequency and area covered under the grip of a cold wave becomes larger."

Delhi and adjoining areas in the North experienced their coldest winter of the century in the year 2019.

Meanwhile, a weak La Nina condition has prevailed over the Pacific Ocean since August this year.

La Nina is a weather pattern characterised by unusually cold ocean temperatures in the Equatorial Pacific, which is known to favour cold waves.

"During La Nina years, the severity of cold conditions becomes intense. The frequency and area covered under the grip of a cold wave becomes larger," Mohapatra stated.

He was speaking on 'Forecasting, Early warnings and Dissemination during Cold wave' at a webinar titled 'Cold Wave Risk Reduction' organised by the National Disaster Management Authority (NDMA).

Mohapatra further expressed that although trends "over India have been that of a warming winter during recent years, there is no particular trend observed for the regions experiencing cold wave."

He highlighted that regions along the North and Northwest India such as Bihar, Punjab, Gujarat, Uttar Pradesh, Rajasthan, Gujarat, and Madhya Pradesh are most prone to cold waves and resultant deaths.

Mohapatra also informed that from this year, the IMD will introduce impact-based forecasts for sectors that would be affected by harsh cold conditions.

The tailored predictions will be issued for sectors including agriculture, energy, health, power, and transport.