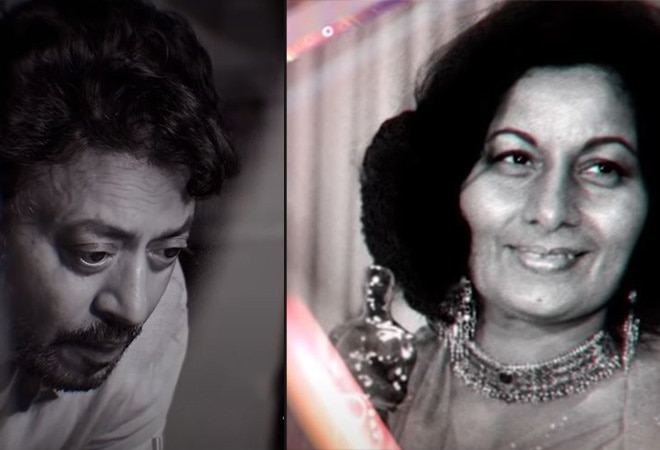 Actor Irrfan Khan and costume designer Bhanu Athaiya, who passed away in 2020, featured in In Memoriam section of the ceremony

Khan had been a part of several international projects throughout his career. The actor succumbed to cancer on April 29, 2020, after a long battle. Athaiya was the first-ever Indian to win an Oscar. She had won the the Oscar for Best Costume Design in 1982 film Gandhi.

Other notable filmmakers and artists that featured in the three-minute-long In Memoriam section included Sean Connery, Chadwick Boseman, Ian Holm, Max von Sydow, Cicely Tyson, Cloris Leachman, among others. American Actress Angela Basset introduced the in Memoriam section at the Oscars this year with a brief reflection on the turbulent year that was 2020.

However, some Twitterati were not happy with these exclusions from the In Memoriam section of the Oscars ceremony. Here's what they had to say:

It was so fast I couldn't even read all the names properly.

Rishi Kapoor was a big part of some cult movies.#Oscars #Oscars2021 #Oscar2021https://t.co/aKAlZMEkEP

COVID-19 surge: 'Were you on another planet when election rallies were being held?' Madras HC to EC