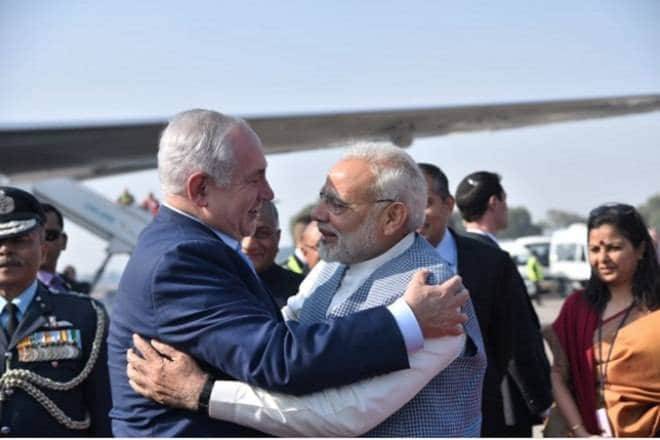 In the video, Modi and Netanyahu's bonhomie is shown with background music of popular friendship song, "yeh dosti hum nahi choienge" from the film Sholay.

Recently, Israeli Prime Minister Benjamin Netanyahu's Likud Party had put advertisement featuring his pictures with PM Narendra Modi to lure support by presenting him in a "different league" during an election campaign in the Jewish state.

Besides, after the 2019 Lok Sabha election victory of Narendra Modi-led Bharatiya Janata Party, Netanyahu was the first amongst the world leaders to congratulate the Prime Minister. He also gave a personal call of felicitation to PM Modi.

Modi also congratulated Benjamin "Bibi" Netanyahu as unofficial results projected a victory for the right-wing leader in Israel's April 9  for the 21st Knesset.

The two Prime Ministers are seen by many as sharing a close personal relationship-a picture of two of them strolling barefoot at the Olga beach in northern Israel during Modi's visit to the country in 2017 created waves with talks of bromance' in Israel.

PM Netanyahu, who is the longest-serving Israeli prime minister, is due to visit India in September this year.