"I believe the budget will contribute to achieving economic revival and fiscal consolidation at the same time," Shinzo Abe told reporters. 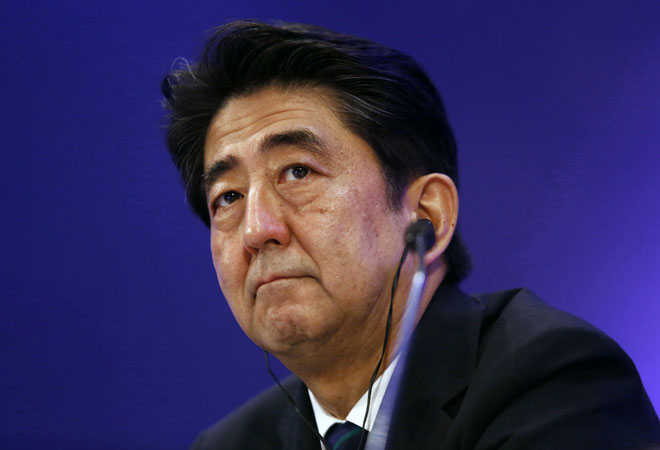 Japanese Prime Minister Shinzo Abe's cabinet on Wednesday approved a record $812 billion budget for the fiscal year starting on April 1, while cutting new borrowing for a third straight year in a bid to balance growth and fiscal reform.

A projected rise in tax revenue to a 24-year high of 54.53 trillion yen on an expected economic recovery allows Tokyo to cut new bond issuance to a six-year low of 36.86 trillion yen. That accounts for 38.3 per cent of the budget, a six-year low.

"I believe the budget will contribute to achieving economic revival and fiscal consolidation at the same time," Abe told reporters.

Abe said Japan is on course to meet his promise of halving the primary budget deficit - excluding new bond sales and debt servicing - in the next fiscal year from levels seen in 2010/11. But the improvement is largely a result of the tax revenue windfall from rising corporate profits under the easy-money policies of "Abenomics."

Fitch Ratings last month threatened to cut its A plus rating on Japan's government debt if the budget did not offset revenue from Abe's delay of a planned sales-tax hike.

"This budget underlines slowness in fiscal consolidation and it highlights the risk of relying too much on growth to cover rising spending," said Yasuhide Yajima, chief economist at NLI Research Institute. "It's impossible to achieve a primary budget balance without credible measures for spending restraint."

Masaki Kuwahara, senior economist at Nomura Securities, said the budget is neutral for his 2.2 per cent GDP growth forecast for next fiscal year.

The budget projects the primary budget deficit will narrow by 4.6 trillion yen to 13.4 trillion yen. But Finance Ministry projections show that without further efforts, the government can't keep its promise of balancing the budget by 2020/21.

Defence spending also hit a record 4.98 trillion yen, up about 100 billion yen from this fiscal year and rising for a third straight year, reflecting Abe's ambition to counter China's rising military might.

Despite the narrower budget deficit, the growing stock of outstanding debt will push interest payments and redemptions up 200 billion yen to a record 23.45 trillion yen.

TCS to fire 1% of techies for non-performance in FY15