JNU violence timeline: Here's how the events unfolded on January 5 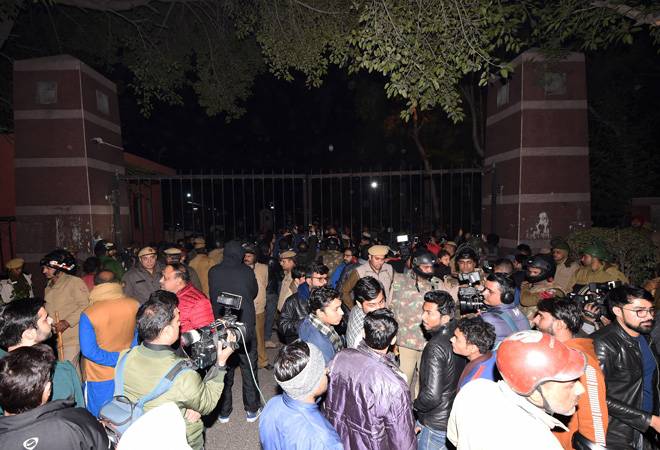 JNU violence: On January 5, Sunday, a mob of masked people barged into the Jawaharlal Nehru University (JNU) campus and attacked students and teachers. The mob was carrying sticks and stones for the attack.  As many as 28 students and a teacher were injured in the attacks, after which they were rushed to AIIMS Trauma Centre and Safdarjung Hospital.

The JNU attack took place hours after a scuffle broke out between two groups of students over the online semester registration process. JNU students were protesting against the administration's decision to hike the university's fee. Academic and administrative activities were suspended in the university over the protests.

As per reports, the two groups of students had a face-off after students from the Left parties tried to stop the registration process. After a scuffle broke out, police were called by the university, as mentioned in a report by NDTV.

In the evening, a mob of masked people entered the university and attacked the students. JNUSU has said that BJP's students wing, Akhil Bharatiya Vidyarthi Parishad or ABVP, were complicit in the attack. ABVP said that they were attacked by leftist students.

There were, reportedly, messages doing the rounds on WhatsApp groups that asked members of the groups to "thrash the anti-nationals" in JNU, hours before the JNU violence broke out. Union Home Minister Amit Shah has ordered the Delhi Police to hold an inquiry into the matter.

Here's a timeline of how the JNU violence unfolded:

After the attacks took place, there was a massive protest outside the JNU gates, videos of which started circulating on social media. Swaraj Abhiyan chief Yogendra Yadav reached there to protest along with the students. He was allegedly manhandled amid the clash between JNUSU and ABVP.

Hours after the JNU violence at the hostels, the Delhi Police entered the campus to restore law and order on the "request of the JNU administration". Delhi Chief Minister Arvind Kejriwal urged Lieutenant Governor Anil Baijal to take stock of the situation and restore order.