The video starts with PM Modi, while explaining about black money stashed in foreign banks, saying "every citizen of India would get Rs 15-20 lakh without doing anything". 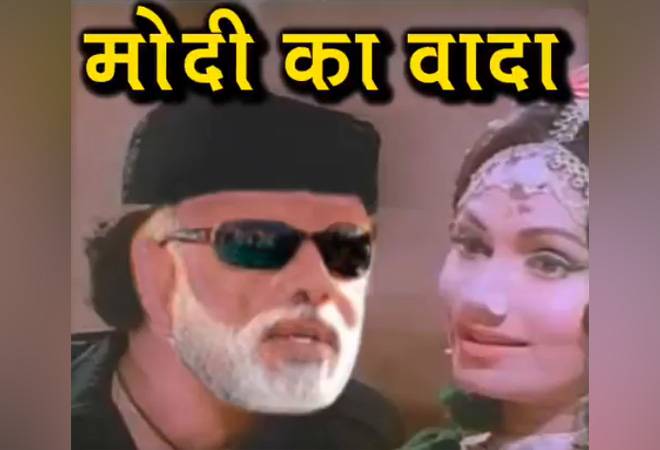 The video starts with PM Modi saying: "Every citizen of India would get Rs 15-20 lakh without doing anything." PM Modi at that time was indicating about black money stashed in foreign banks by Indians. This follows a clip from BJP chief Amit Shah's interview saying: "This is just a jumla (an idiomatic expression). Nobody gets Rs 15 lakh for nothing, you know, we also know that, and the entire country also knows that."

Along with #KyaHuaTeraVaada, the Congress posted another video in which PM Modi, while addressing a political rally, is seen saying "Na mei khata hun, aur na khane dunga."

Meanwhile, ahead of the trust vote on Friday, Congress President Rahul Gandhi attacked the Narendra Modi-led BJP government for the lack of jobs and PM Modi's pre-poll promise of depositing Rs 15 lakh in bank accounts of the poor. In the same Parliament session, Rahul Gandhi, after his speech, walked up to the PM and gave him a hug before they shook hands.