Eat Just said on December 2, that its cultured chicken has been given "first-in-the-world regulatory approval" by Singapore's authorities 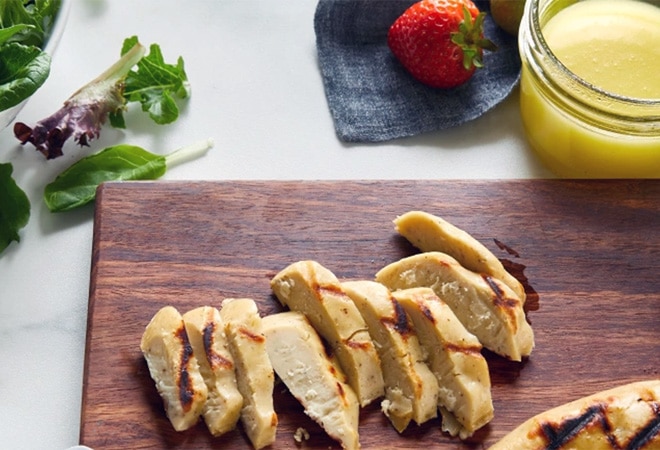 Singaporeans can soon get a taste of lab-grown or cultured chicken after food technology company Eat Just received the nod to sell its product in the country.

Eat Just said on December 2, that its cultured chicken has been given "first-in-the-world regulatory approval" by Singapore's authorities. It will be used as an ingredient in its "chicken bites" or nuggets which the company plans to launch at a later date.

This would likely be the first time globally that a cultured meat product is sold commercially, said the Singapore Food Agency (SFA), which made public on Wednesday guidelines to ensure the safety of food inventions.

San Francisco-based Eat Just, which is known for its plant-based egg substitutes, said no antibiotics were used in its product.

It added that safety tests found that its cultured chicken had "extremely low and significantly cleaner microbiological content" than traditional chicken.

It also added that it took "many months" for its team of scientists, product developers and regulation experts to record the cultured chicken's production process - information which is required under SFA rules.

The cultured chicken was manufactured at the Food Innovation and Resource Centre, a food research facility co-run by Singapore Polytechnic and Enterprise Singapore.

Eat Just's co-founder and chief executive Josh Tetrick said that he chose Singapore as the launchpad of his company's first cultured chicken product because of the country's support for food technology.

Also Read: Maradona's Hand of God explained: How did it happen?