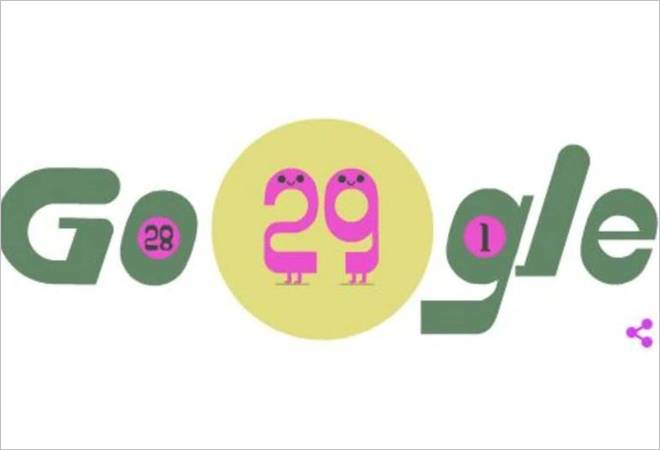 Today's Google Doodle is dedicated to celebrating the Leap Day 2020. February 29 is known as leap day or leap year day as it arrives every four years. Google has put out a "jumps" doodle Saturday to the leap year day in 2020.  This is a GIF made by Google, featuring the 29 at the centre of Google.

Earth's revolution around the Sun takes around 6 hours longer than 365 days in a year. In order to make up for this lost time and to ensure consistency in the astronomical calendar, one more day is added every 4 years.

Another way to understand how a leap year is marked is to note down your birthday date. In case your birthday fell on a Wednesday during a normal year and the coming year is a leap year, then, your birthday will fall on a Friday instead of a Thursday. People who are born on a leap year day are known as 'leapers' or 'leaplings'.

The leap year was invented by the Roman General immortalised by Shakespeare, Julius Caesar around 2000 years ago. According to the Julian calendar rule, any year that is divisible by 4 will be marked as a leap year. This is why February 29 occurs once in every 4 years.

Apart from being a part of the Julian calendar, the leap year was a part of the ancient Hebrew, Buddhist and Chinese calendars. These ancient calendars were lunisolar. This means that their dates indicated  the positions of both the Moon and Earth with respect to the Sun. These calendars normally require the addition of more months as there is a gap of around 11 days between a year according to lunar cycles and one measured by the Earth's orbit.

Also read: Kaifi Azmi Google Doodle: All you need to know about the Urdu poet