Lev Landau Google Doodle: The physicist was honoured with the Nobel Prize for his development of a mathematical theory of superfluidity. 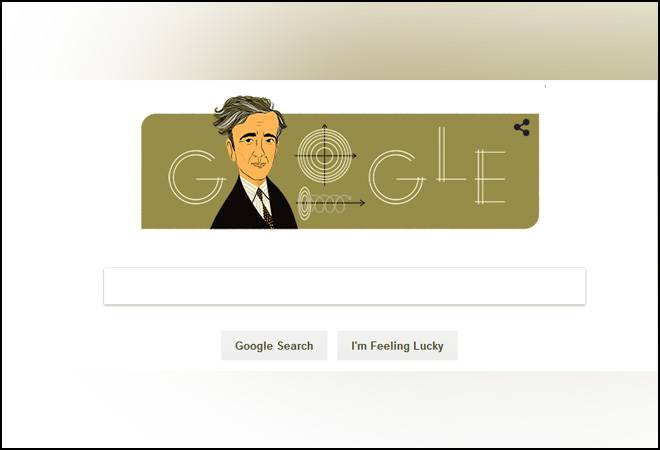 Today's Google Doodle celebrates the 111th birthday of Soviet physicist Lev Landau who was honoured with the Nobel Prize for his development of a mathematical theory of superfluidity. Landau's theory accounted for the properties of liquid helium II at a temperature below 2.17 K or -270.98 degree Celsius.

A physics graduate from Leningrad University, Landau began his scientific career at Leningrad Physico-Technical Institute. Landau spent three years, from 1929 to 1931, partly as a Rockefeller Foundation Fellow working in Germany, Switzerland and England. He also spent part of that time working under Nobel laureate Niels Bohr.

Lev Landau was born on January 1908 in Baku, Azerbaijan to an engineer father and a doctor mother. Landau was a child prodigy who learned advanced mathematics by the age of 13. He graduated from gymnasium at the age of 13 and at the age of 14, Landau matriculated from the Baku State University. He was studying in Departments of Physics and Mathematics, and the Department of Chemistry simultaneously. Landau received his doctorate in 1934. He had also started working with Bohr by 1930.

A supporter of free love over monogamy and an atheist, Landau was arrested in 1938 for comparing Stalinism to Nazism.

In 1962, Landau was involved in an accident following which he was in a coma for two months. He eventually recovered but his scientific acumen did not. In 1968 Landau succumbed to the complications he suffered during the accident.

Landau wrote a series of ten books with physicist Evgeny Lifshitz on theoretical physics, called the Course of Theoretical Physics. Landau had also written What is Relativity?, a presentation on the theory of relativity. He had also co-authored multiple books.

My Husband - the Genius is a television film based on the private life of Lev Landau that was released in 2008. Critics as well as people who had personally met Landau panned the movie - not only as bad but also of being full of inaccuracies.

Another film, Dau, that started filming in 2008 is yet to be released.