Lockdown 3.0: What after May 17? Sonia Gandhi questions government's strategy

The nation has been put under lockdown since March 25 to contain the spread of coronavirus. The first phase of lockdown was from March 25 to April 14, while the second phase lasted from April 15 to May 3. The third phase began from May 4 and would end on May 17 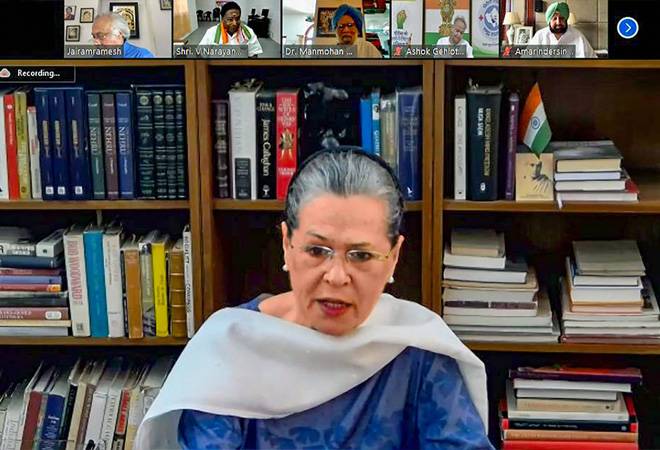 Congress president Sonia Gandhi on Wednesday questioned the government over lockdown plans. She asked, "what after May 17?", while addressing a meeting, held through video-conference, of chief ministers of Congress-ruled states. Former Prime Minister Manmohan Singh and former party chief Rahul Gandhi were also part of the meeting.

"After May 17th, What? and After May 17th, How? What criteria is GoI (government of India) using to judge how long the lockdown is to continue..." Randeep Surjewala, Congress chief spokesperson, quoted Sonia Gandhi as saying in the video conference.

The nation has been put under lockdown since March 25 to contain the spread of coronavirus. The first phase of lockdown was from March 25 to April 14, while the second phase lasted from April 15 to May 3. The third phase began from May 4 and would end on May 17.

Congress president thanked farmers, particularly of Haryana and Punjab, for ensuring food security despite all odds.

"We need to know, as Soniaji said, what will happen after lockdown 3.0?", said former PM Manmohan Singh. "Soniaji has already pointed out CMs need to deliberate and ask as to what is the strategy of the government of India to get the country out of the lockdown," he added.

Amarinder Singh, Chief Minister of Punjab, said that he has set up two committees - one to strategise on how to come out of lockdown and second on economic revival. "Concern is people sitting in Delhi are deciding on classification of (COVID-19) zones without knowing what's happening on the ground," he said.

Rajasthan CM Ashok Gehlot said, "until an extensive stimulus package is given, how will states and the country run? We have lost Rs 10,000 crore revenue". He added that states have repeatedly requested PM Modi for a support package, "but we are yet to hear from the government".

"States are facing dire economic crisis. They need to be provided immediate assistance", said Bhupesh Baghel, Chief Minister of Chhattisgarh. He added that in Chhattisgarh around 80 per cent of small industries have restarted and nearly 85,000 workers have returned to work.

Puducherry Chief Minister V Narayanasamy alleged that Centre is deciding on coronavirus zones without consulting the states. He asked, "This is creating an anomalous situation. People sitting in Delhi can't tell the states, No State or CM is consulted. Why?"

"PM isn't saying a word on economic package for states," he added.

Former Finance Minister P Chidambaram also alleged that states are "bleeding" in terms of finances but there's no response from the government over the support package. He said several newspapers have brought out the unavailability of finances with states.