London mansion fit for an Indian Prince goes on sale for 15.5 mn pound

Duleep Singh, as Maharaja Ranjeet Singh's youngest son, was the last Maharaja of the Sikh Empire including Lahore in the 19th century until he was exiled to England when his empire came under the British Raj 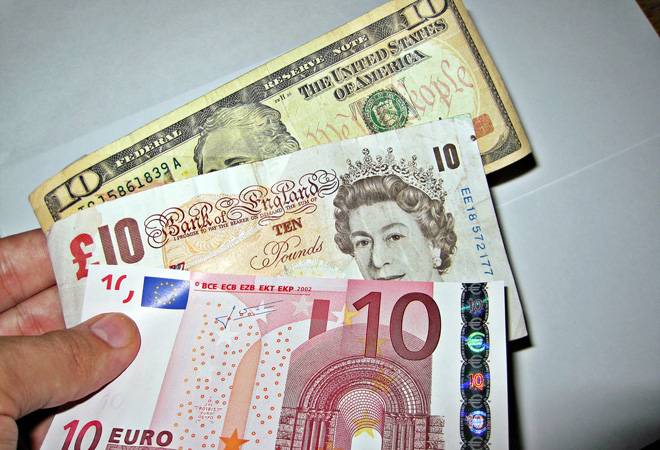 A sprawling mansion in the heart of London has gone on sale with a price tag of GBP 15.5 million

A sprawling mansion in the heart of London which was the former family home of Maharaja Duleep Singh's son, Prince Victor Albert Jay Duleep Singh, has gone on sale with a price tag of GBP 15.5 million. Duleep Singh, as Maharaja Ranjeet Singh's youngest son, was the last Maharaja of the Sikh Empire including Lahore in the 19th century until he was exiled to England when his empire came under the British Raj.

His son, Prince Victor, was born in London in 1866 and was taken under the wing of Queen Victoria as his godmother. Many years later when he caused a stir in English society with his mixed-race marriage to Lady Anne Coventry, the daughter of the 9th Earl of Coventry, the British authorities leased a grace-and-favour mansion in The Little Boltons area of south-west Kensington to the newly married couple as their new marital home.

This substantial former grace-and-favour home of the exiled Crown Prince of Lahore has been designed to provide excellent proportions and benefits from high ceilings, large living spaces and a 52 ft rear garden, said Jeremy Gee, Managing Director of Beauchamp Estates, which is organising the sale. It is located in one of south-west Kensington's most sought after residential addresses, he said.

Upon completion in late 1868, the grand home was purchased by the quasi-government owned East India Company and registered as an investment property to be leased for rental income. The East India Company, which governed India at the time, leased the property for a token peppercorn rent to the displaced Duleep Singh family.

Besides the mansion, the displaced Indian royal family had use of properties in Wimbledon and Roehampton, also leased at peppercorn rents, as well as the use of a 17,000-acre country house, Elveden Hall, in Suffolk, eastern England.

Maharaja Duleep Singh was removed from Punjab along with his title and power at the end of the Second Anglo-Sikh War in 1849 and later sent into exile in London. Prince Victor Albert Jay Duleep Singh was his eldest son with Maharani Bamba Mller, with whom he also had a daughter Sophia Duleep Singh a prominent suffragette and women's rights activist in British history.

Victor Jay Duleep Singh, who was known as a "handsome and dashing" prince, was educated at Eton College and Cambridge University. In 1898, the prince married into nobility after much initial resistance by both families.

The wedding, which took place at St. Peter's Church in London's Eaton Square, was made possible due to the intervention of Prince Victor's gambling buddy, Edward, then the Prince of Wales and subsequently King Edward VII.

Prince Victor is known to have loved the high-life, including gambling, horse racing and partying at Claridges Hotel in London's Mayfair as a favourite haunt. Therefore, despite his grace-and-favour Little Boltons home and an annual allowance of GBP 8,250 and his wife's income of GBP 2,500 per year, Prince Victor was declared bankrupt in 1902 with debts totalling GBP 117,900 - a large sum at the time.

The Prince and his wife spent the World War I years in Monaco, where the Prince died aged 51 in 1918. His widow, Anne, continued to have use of The Little Boltons house until her death aged 82 in July 1956. The 1871 Census shows the house registered under East India Company ownership and staffed by a butler, two maids, a governess for English language lessons and a gardener.

According to Beauchamp Estates, the property eventually went into private ownership and in 2010 it was refurbished and modernised, including a stylish and contemporary extension to the lower ground floor level. The 5,613 sq ft large Italianiate-style villa includes two large roof terraces, two formal reception rooms, an informal family room, a family kitchen and breakfast room, five bedrooms, including a sumptuous principal bedroom suite, a gymnasium and two staff bedrooms

"The entire first floor provides the principal bedroom suite During the Victorian and Edwardian eras when Prince and Princess Victor Duleep Singh lived at the house this floor provided them with two VIP bedroom suites, the royals sleeping separately and meeting for breakfast together on the rear bedroom terrace, the listing notes.