West Bengal Chief Minister was spotted at the star-studded reception of actor-turned-MP Nusrat Jahan on Thursday.

Tollywood actress Nusrat Jahan tied the knot with her long-time boyfriend Nikhil Jain in a private ceremony at Six Senses Kaplankaya, a beachfront resort near the town of Bodrum in Turkey, last month. Bengali actress Nusrat was recently elected as the MP for the Trinamool Congress Party (TMC) from the Basirhat constituency.

Apart from Mamata, there were other TMC leader who arrived at the event to bless Nusrat, including Mimi Chakraborty and Kalyan Bandopadhyay.

Nusrat was wearing wine-coloured velvet lehenga with traditional red and white bangles during the reception. Last month a fatwa was issued against against her for wearing 'sindoor' in the Parliament when she took oath as an MP. 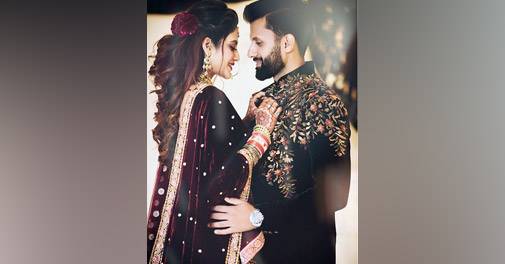 Nusrat Jahan and Nikhil Jain at their wedding reception

She had skipped oath-taking ceremony for Lok Sabha member on June 17 and 18  because of the wedding.

Delhi NCR Weather Update: The wait is finally over as Monsoon arrives in Delhi

Union Budget 2019: Lump sum withdrawal of 60% from NPS made tax-free