Biggest asteroid to fly past Earth: When, where and how to watch Live

How to Watch Asteroid 1998 OR2 Close Approach to Earth: Check when, where to watch live streaming 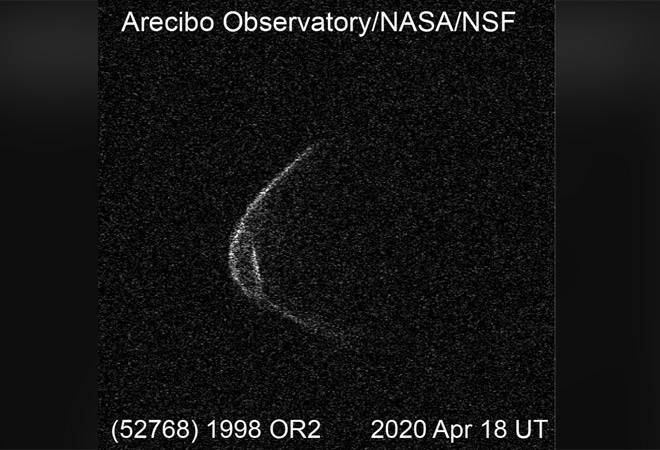 Asteroid 1998 OR2 will fly past the Earth on April 29. The asteroid will be visible in India during the early hours of May 30. Luckily, several observatories are streaming the event live on their websites, so people even without a telescope can watch the asteroid. Plus, given that several countries are under lockdown due to coronavirus, it is advisable to say inside your home and watch the asteroid fly past on your screens.

Here are two sources where you can watch the asteroid:

Based in Italy, The Virtual Telescope Project will start streaming the event from 12 AM on April 30 IST.

Slooh will start their live-stream from 4:30 am IST on April 30, an hour before the asteroid will be at its nearest point to Earth. You can visit their website or watch it on their YouTube page.

Slooh will also host a 'star party' on Zoom where paid users can ask questions about the asteroid to astronomers.

According to the Arecibo Observatory in Puerto Rico, the asteroid was classified as a Potentially Hazardous Object (PHO) but will harmlessly fly by the earth. The observatory observed it from April 13 to April 23.

Any asteroid that is bigger than 140 meters and comes within 8 million kilometres of Earth orbit is classified as a Potentially Hazardous Object (PHO).

Also Read: Massive asteroid to pass by earth on April 29, but there's no need to panic, say scientists