Around 30 fire tenders have rushed to the spot and efforts are on to put out the fire, which reportedly broke out at 2 am 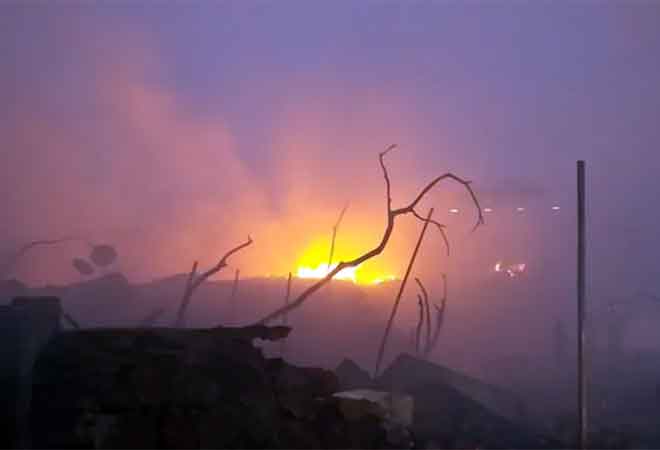 A huge fire that broke out in Delhi's Okhla Phase II on Sunday, February 7, morning, engulfed several slums and cloth godowns in the area.

The blaze was reported at around 2.25 am when the first call was made to Delhi Fire Department. Around 30 fire tenders have rushed to the spot and efforts are on to put out the fire, which reportedly broke out at 2 am.

Earlier visuals of the fire from the area https://t.co/QjaknqdADxpic.twitter.com/XpCs8Iy778

Residents were startled to find the massive blaze engulfing the area in the dead of night. The fire is believed to have broke out in an area that was converted into slums and cloth godowns.

As per officials, around 30-40 locals, stuck inside the slums, have been rescued while efforts are on to save others.

The fire has been doused in nearly 186 temporary homes and godowns, however, it has destroyed houses and property worth lakhs.

A final evaluation of the loss will be determined once Fire Department personnel inspect the area after the fire has been overcome.

Two-thirds of cancer cases will be reported by developing nations by 2025: UICC