As per a report by Nielsen, the Rs 5,000-crore male grooming segment has grown by 12.3 per cent compared to 9.4 per cent last year 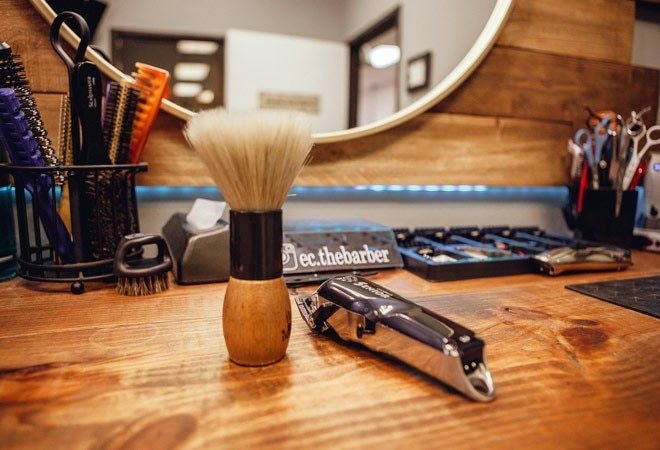 At a time when the economy is facing a serious consumption slowdown and FMCG head honchos are complaining about growth stalling, the one segment that has been showing impressive growth is male grooming.

As per a report by Nielsen, the Rs 5,000-crore male grooming segment has grown by 12.3 per cent compared to 9.4 per cent last year. In fact, the last one year has seen the launch of 177 new male grooming products.

A largely urban trend, especially popular among men in the North and West (30 per cent and 28 per cent of men in North and West, respectively invest in male grooming products, while in the South and East it is relatively lower at 23 per cent and 19 per cent, respectively), Indian men are not just investing on traditional shaving creams and razors (which continues to contribute about 53 per cent of the male grooming basket), but have also started indulging in a variety of other products in the hand and body category such as body butters, wax and face washes, especially targeted at men.

This category contributes 41 per cent (Rs 2,100 crore market) to the sales and is growing at 17 per cent. However, the category that is growing the fastest at 20.4 per cent is men's hair care, despite being a Rs 300-crore market. Here, the maximum social media chatter (almost one-fourth share of voice) happens around beards.

Beard and moustache care products in the form of oil, wash and wax have become a topic of discussion on social media and companies are going all out to innovate in this category. This also explains why the likes of Marico have invested in start-ups such as Beardo.

Social media chatter on beards and other male grooming products has also led companies to introduce male grooming gift packs on e-commerce platforms and in modern retail stores, which have increased trial of these products, says the Nielsen Report. Companies are even coming up with smaller pack sizes of products such as deodorants and body gels to trigger frequent use, as men are also learning that grooming requires careful planning and dedicated time.

The metrosexual man, according to the report, is comfortable with following a grooming regimen to look their best continuously. Sales figures also suggest that men's face cleaning products and creams, alongside deodorants, are growing in modern trade five times as fast as the growth in traditional trade. "Men want to look younger and better and that is driving consumption," says Sharang Pant, Lead, Retailer Vertical, Nielsen South Asia.

Male grooming products are growing 1.5 times higher in modern retail stores and they are doing a lot to amplify the presence of these brands by keeping them at the beginning of the personal care aisle so that it doesn't miss the attention of consumers.

Planning a year-end trip? Check out which airline is offering best discount

Mumbai is fast becoming the diabetes capital of India