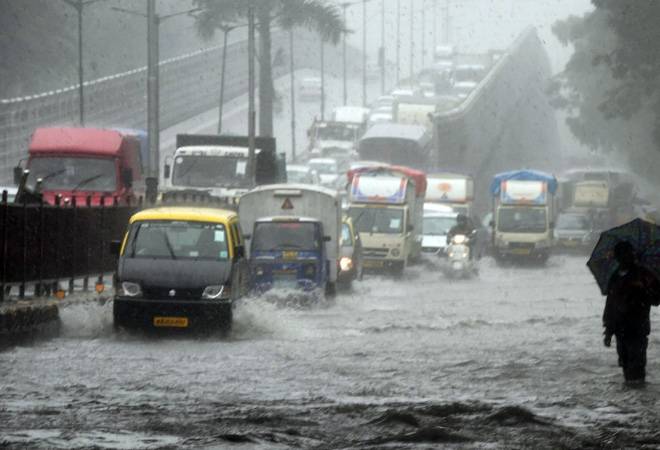 The IMD Mumbai has forecast very heavy rain in Mumbai and Konkan over the next 24 hours, with a warning to people not to venture outdoors unless necessary

Mumbai, on Friday, received very heavy rainfall along with strong winds  leaving many low-lying areas in the city waterlogged.  According to Indian Meteorological Department, Colaba received 166mm of rainfall, and Santacruz received 61 mm in the last three hours on Friday.

Mumbai rainfall spell: Many areas of Mumbai today have very heavy rainfalls. Rainfall in latest 3-hours Till 1130IST of today 3rd July- Colaba-15.6cm and Santacruz-6.1cm. Warning for next 3-hour-Intense to very intense rain likely to continue at most places over Mumbai. pic.twitter.com/ZLPt3KzgxF

Flooding was reported in Cuffe Parade, Bhulabhai Desai Road, Worli, Dadar, Parel, Chira Bazaar, Masjid Bunder and surroundings. In the suburbs, waterlogging was reported in Andheri forcing closure of the subway. Vehicle movement had slowed down in Borivali, Malad and Jogeshwari areas. Though Mulund, Bhandup and Powai also received good rain, there were no reports of any disruptions.

BMC took to Twitter and shared dos and dont's for the public in view of further heavy rains.

#IMDOrangeAlert@Indiametdept has forecast heavy to very heavy rains in isolated areas of Mumbai on 3rd and 4th July.#MyBMCUpdatespic.twitter.com/z2VftDCzWp

The IMD Mumbai has forecast very heavy rain in Mumbai and Konkan over the next 24 hours, with a warning to people not to venture outdoors unless necessary.

Every year, Mumbai faces the wrath of monsoon as several roads get waterlogged bringing normal life to a standstill.