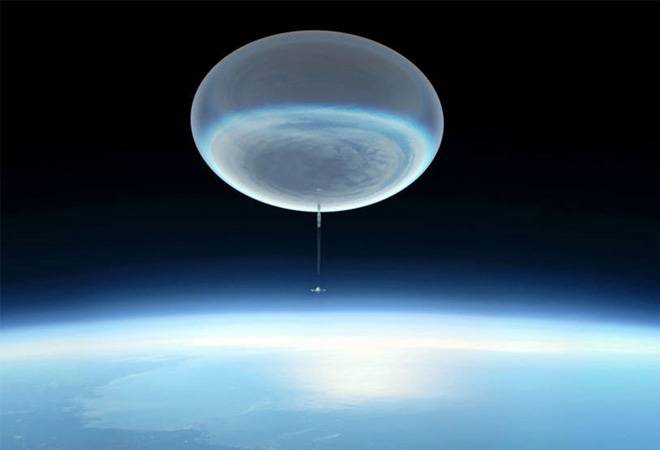 Space exploration pioneer National Aeronautics and Space Administration (NASA) is planning to send an 8.4-foot telescope into the upper stratosphere with the help of a "football stadium" sized balloon. The telescope called ASTHROS (astrophysics stratospheric telescope for high spectral resolution observations at submillimeter-wavelengths) has been built by NASA to study the gases around newly-formed giant stars. It will do so by observing the far-infrared light that newly formed giant stars emit.

The end-goal for NASA is to get a clearer idea of how star formation and supernova explosions affect their surrounding material. Earth's atmosphere blocks the far-infrared light so the only way for NASA to study them is to place the telescope high up in the atmosphere so that the light can reach it. The telescope will be placed at a height of 130,00 feet from the surface of the earth.

The heavy telescope will be lifted up using a helium-inflated balloon around 400 feet wide.

ASTHROS will observe four stars, including  Carina Nebula in the Milky Way. The telescope will measure the motion, speed and density of gases surrounding the newly formed stars particularly nitrogen gas. "These nitrogen ions can reveal places where winds from massive stars and supernova explosions have reshaped the gas clouds within these star-forming regions," NASA wrote.

The ASTHROS has been built to make two to three loops around the South Pole over a period of three to four weeks. It will be propelled by stratospheric winds. After the operation is complete, the NASA scientists will send a signal to separate the balloon from the telescope. The telescope would then float back to the earth's surface using a parachute mechanism for eventual reuse.

NASA plans to launch the telescope by December 2023.