Nipah virus outbreak in Kerala: All you need to know about the deadly infection

Basic symptoms of the Nipah virus are fever, nausea, vomiting, convulsions, choking, stomach pain, and fatigue. A person infected with the Nipah Virus can go in coma. 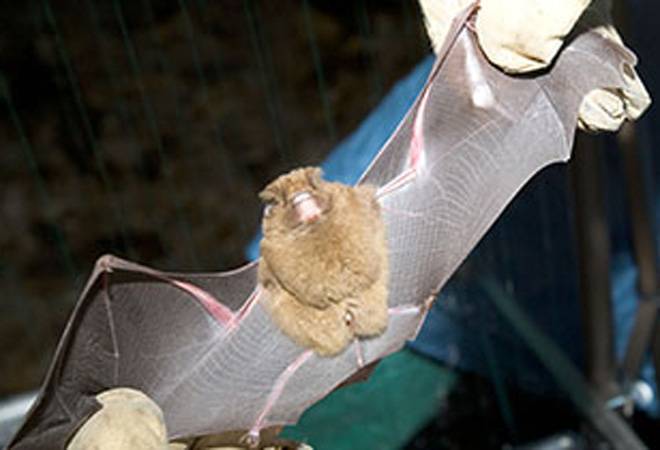 At least three people have died due to a deadly virus Nipah in northern Kerala. The outbreak was identified after three members of a family who were tested positive for the virus, including two youths in their 20s, died while undergoing treatment at the hospital. Their father, who is also infected, has been put under observation in the hospital. The entire state has been on high alert as eight others have also been hospitalized for showing similar infection-related symptoms. Basic symptoms of the Nipah virus are fever, nausea, vomiting, convulsions, choking, stomach pain, and fatigue. A person infected with the Nipah Virus can go in coma.

Nipah virus (NiV) infection is a newly emerging zoonosis, a disease which can be transmitted to humans from animals, that causes severe disease in both animals and humans. The natural hosts of the Nipah virus are fruit bats of the Pteropodidae family, Pteropus genus.

Kerala health minister KK Shylaja said a bat was found in the well of the house where the deaths occurred, and that the house has now been closed. A nursing assistant, Lini, who had treated these three patients, also died on Monday. However, it is yet to be established if she died of virus infection from bats or due to some other reasons.

Total 15 deaths have been reported due to the symptoms related to the virus in several districts of the state, reported India Today. A high-level team from the National Centre for Disease Control (NCDC) is analyzing the overall situation in Kozhikode, which is the most affected. The authorities have said there's no need to panic as the Nipah virus spreads only through direct contact with an infected person.

What is Nipah Virus (NiV)

According to the World Health Organisation, the virus was named after the Malaysian village, Kampung Sungai Nipah, where it was first identified during an outbreak of the disease in 1998. During that time, pigs were the intermediate hosts of the virus. However, in subsequent NiV outbreaks, there were no intermediate hosts. In Bangladesh in 2004, humans were infected with NiV as a result of consuming date palm sap that had been contaminated by infected fruit bats. Human-to-human transmission has also been documented in India. NiV also causes diseases in pigs and other animals. So far, there is no vaccine for either humans or animals. The primary treatment for human cases is intensive supportive care.

How Nipah Virus is transmitted

How to prevent Nipah virus

Is Maharashtra heading towards credit shortfall?