"All Kailasians, Ekailasians, volunteers associated with these de facto embassies of Kailasa are to quarantine themselves and adhere to the precautionary measures advised by the local laws," the statement from Nithyananda Paramashivam reads 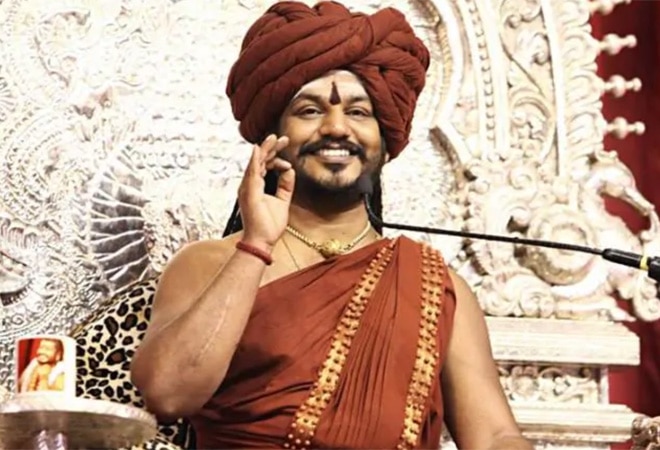 In a statement on Twitter, Nithyananda Paramashivam said that due to the second and third wave of coronavirus travellers from India will not be allowed to enter the island.

Travellers from Brazil, European Union and Malaysia have also been banned.

Executive order directly from the #SPH for all the embassies of #KAILASA across the globe. #COVID19 #COVIDSecondWaveInIndia #CoronaSecondWave #Nithyananda #Kailaasa #ExecutiveOrderpic.twitter.com/I2D0ZvffnO

"All Kailasians, Ekailasians, volunteers associated with these de facto embassies of Kailasa are to quarantine themselves and adhere to the precautionary measures advised by the local laws," the statement said.

The self-styled godman fled India in 2019 after being accused of sexual assault and is said to be hiding in 'Kailasa' - his virtual island off the coast of Ecuador, South America.

Nithyananda has also appealed to the United Nations to declare Kailasa as a separate country. Besides its cabinet and prime minister, Kailasa island also has a dedicated website.

The island's website reads "Kailaasa is a nation without borders created by dispossessed Hindus from around the world who lost the right to practice Hinduism authentically in their own countries."

Nithyananda, in a video that went viral last year, is heard saying that he has begun operating charter flight services called 'Garuda' from Australia to his island nation.

He had also launched his very own 'Reserve Bank of Kailasa' in August 2020 and declared 'Kailashian dollars' as the official currency of the island.

Also Read: The lever India is NOT using against US arm-twisting of local vaccine makers