In a touching letter to former India cricket captain, PM Modi highlights the human aspect of Mahendra Singh Dhoni, his bond with his daughter Ziva, and expressed hope the 'captain cool' will get more time to spend with his family now 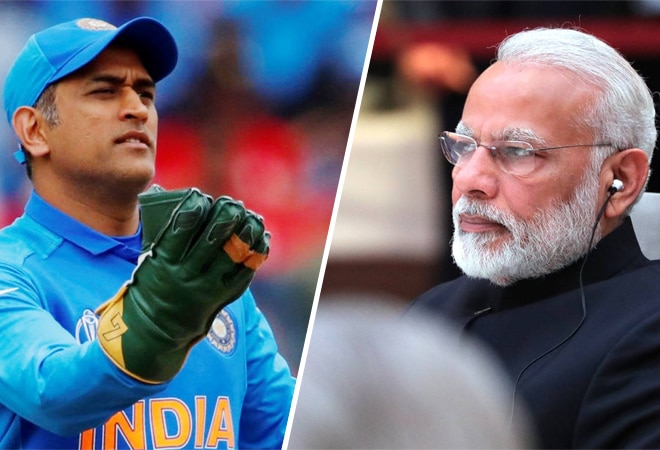 Prime Minister Narendra Modi, in a touching letter to former India cricket captain Mahendra Singh Dhoni, has called him a "self-made, fearless and confident" man, who had an immense impact on Indians.

Acknowledging his contributions to the cricketing world and highlighting his imprint on the national discourse as a youth icon, PM Modi wrote his life as a cricketer can't be summed up in just statistics.

An Artist,Soldier and Sportsperson what they crave for is appreciation, that their hard work and sacrifice is getting noticed and appreciated by everyone.thanks PM @narendramodi for your appreciation and good wishes. pic.twitter.com/T0naCT7mO7

He also highlighted the human aspect of Dhoni, his bond with his daughter Ziva, and expressed hope the 'captain cool' will get more time to spend with his family now. He added that Dhoni is a prime example of how one should maintain work-life balance.

The PM  appreciated Dhoni's love for the armed forces, and said he never lost hope and remained calm in adverse situations. The PM said this was an inspiring facet about Dhoni.

Appreciating Dhoni's care-free and confident nature, PM Modi wrote he didn't go to "cushy schools, colleges" and did not care what his "hairstyle" was. He said in Dhoni, he sees a 'New India' spirit and said people like him who come from smaller towns and rural areas were powering India's spectacular rise.

The former Indian team captain had announced retirement from all forms of international cricket on August 15, bringing an end to his 16-year-long illustrious international career. In an Instagram post, Dhoni wrote to his fans: "Thanks. Thanks for ur love and support throughout. from 1929 hrs consider me as Retired."

He is regarded by many cricket experts as one of the best captains and wicketkeepers in the history of Indian cricket. Till last year, Dhoni was a regular feature in the Indian One-Day International cricket team. However, since the conclusion of the 2019 Cricket World Cup, rumours of Dhoni's retirement from cricket had been floating as he had taken a break from the game in 2019.

He was on the only skipper to win all three major International Cricket Council (ICC) trophies - the World Cup, the World Twenty20 and the Champions Trophy.