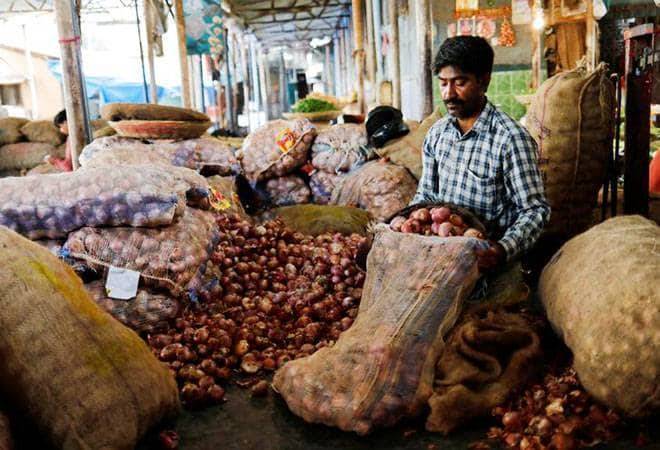 State-owned MMTC, which is importing the key kitchen staple on behalf of the government, has contracted 49,500 tonne of onion so far

Retail onion prices on Friday remained higher at up to Rs 150 per kg even as the imported supplies have started arriving to boost the domestic availability and check prices.

In metros, retail price of onion was ruling at Rs 120 /kg in Kolkata, at Rs 102/kg in Delhi and Mumbai and at Rs 80/kg in Chennai, as per the data maintained by the consumer affairs ministry.

In most cities, onion prices were ruling at Rs 100/kg. In Itanagar, the bulb crop was at Rs 150/kg. "Imported onions have started arriving. About 1,160 tonne has reached India. Additional 10,560 tonne of shipments are expected to arrive in the next 3-4 days," a senior ministry official told PTI.

Both red and yellow onions have been imported from Turkey, Egypt and Afghanistan. The shipments are landing at Mumbai port, the official said.

State-owned MMTC, which is importing the key kitchen staple on behalf of the government, has contracted 49,500 tonne of onion so far. Some shipments will arrive next month.

Onion prices have shot up sharply due to estimated 25% fall in kharif production of 2019-20 crop year (July-June) compared to the previous year because of late monsoon and eventual excess rains in the major producing states.

The prices have failed to cool down despite several government measures in the last few weeks. The government has already banned export of onion, imposed stock limits on traders and is also supplying buffer stock at a cheaper rate.

Traders and experts are of the view that onion prices will continue to remain firm till January when late kharif crop will start hitting the market.

The country had last imported 1,987 tonne of onion in 2015-16 when prices had shot up significantly.